Salman Khan On Bollywood vs South Cinema Debate: "If We Come Together, Can Cross Rs 3000-4000 Crore" 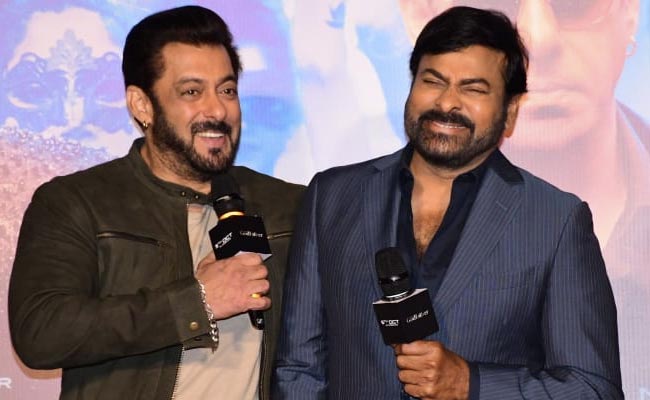 Salman Khan and Chiranjeevi were pictured at the GodFather trailer launch.

The release date is inching closer, and Chiranjeevi and Salman Khan are busy promoting their upcoming movieGodFather.On Sunday, during the Hindi trailer launch of the movie, Salman interacted with the media and spoke about working in South films. He said that while people want to do Hollywood films, he aspires to do South movies. He also added that people talk about Rs 300-400 comes, but if Bollywood stars and south stars come together, then the movie will be able to earn about "Rs 3000 to 4000 crore" at the box office and will reach a much wider audience, as per news agency PTI.

"People want to go to Hollywood, I want to go to the south. The thing is that once we all start working together, just imagine the numbers that we will have, that is the main thing. People watch it here, people watch it in the south, you have all the theatres. His (Chiranjeevi) fans go and watch me. My fans become his fans; his fans become my fans. So, everyone just grows and grows, the numbers become very large. People talk about Rs 300-400 crores, if we all get together, then we can cross Rs 3000-4000 crores," news agency PTI quoted Salman Khan as saying.

Helmed by Mohan Raja and produced by Ram Charan, GodFather also stars Nayanthara and Satyadev Kancharana in pivotal roles. In the movie, Salman Khan plays the role of Chiranjeevi's brother in an extended cameo.

The movie is slated to hit the theatres on October 5 on the occasion of Vijayadashami.