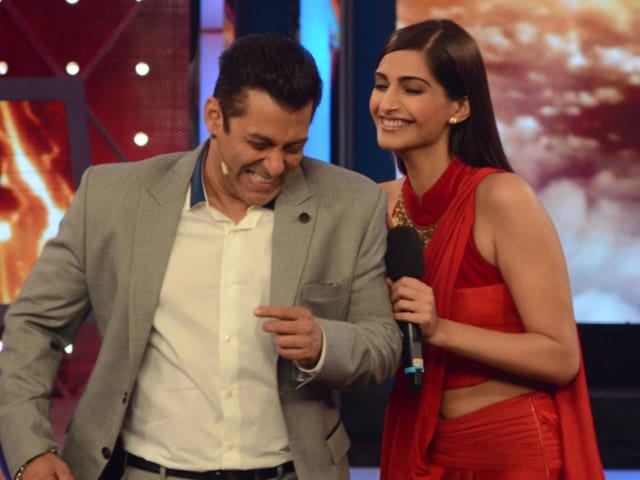 Salman Khan and Sonam Kapoor photographed on the sets of Bigg Boss 8.

Mumbai: Actress Sonam Kapoor believes that Salman Khan is good when it comes to romance. Salman has played all kinds of roles from action to comedy and now he is back as the romantic hero opposite Sonam in Prem Ratan Dhan Payo.

Sonam hopes the film will do well at the box office. "I just hope it does well. I hope people appreciate it. It's a Sooraj Barjatyaji-film and he connects with the family audience a lot," she said.

Prem Ratan Dhan Payo is also a family drama by Mr Barjatya. Salman will reportedly be seen in a double role in the film. (Also Read: Salman and Sonam Look Great Together, Says Anil Kapoor)