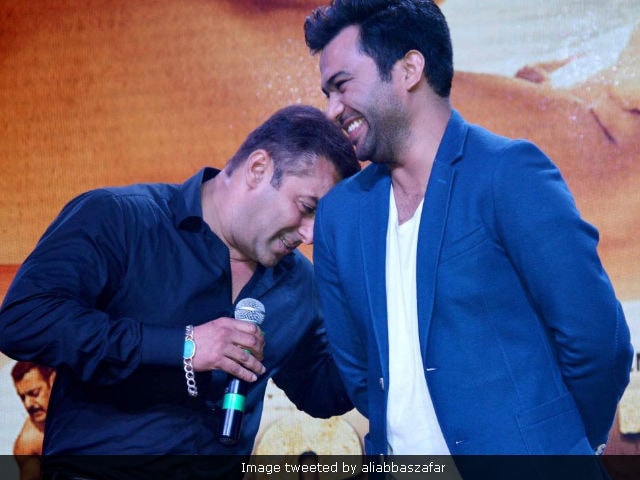 New Delhi: Is Ali Abbas Zafar working with Salman Khan in another film after Tiger Zinda Hai? Maybe. The director is keeping the details of his alleged third collaboration with Salman Khan, 51, a secret (if possible). "It's too early to speak about it. First, I am going to start Tiger Zinda Hai, next month. That's my next film," Ali Abbas Zafar told reports at the screening of Running Shaadi, reports news agency PTI. Ali and Salman first worked together in 2016 film Sultan which was a superhit. Their next film is a sequel of one of Salman's blockbuster films. Tiger Zinda Hai takes forward the story from Kabir Khan's 2014 film Ek Tha Tiger.

And now, there are reports that Ali Abbas Zafar is all set to cast Salman Khan in the remake of Korean film Ode To My Father. Of collaborating with Salman, the director said: "I am excited about teaming up with Salman again. It is always great to work with him," reports PTI.

The rights of 2014 war drama film Ode to My Father have reportedly been acquired by Salman Khan's brother-in-law Atul Agnihotri and its Hindi adaptation will be set during India-Pakistan partition, reports PTI.

Ode to My Father is directed by Yoon Je-kyoon and represented Korean history. It is a story about a young boy's promise made during the chaos of the Korean War to take care of his family, which ends up spanning 60 years of turbulent modern history.

Promoted
Listen to the latest songs, only on JioSaavn.com
Meanwhile, Salman Khan will be next seen in Kabir Khan's Tubelight which releases around Eid this year.