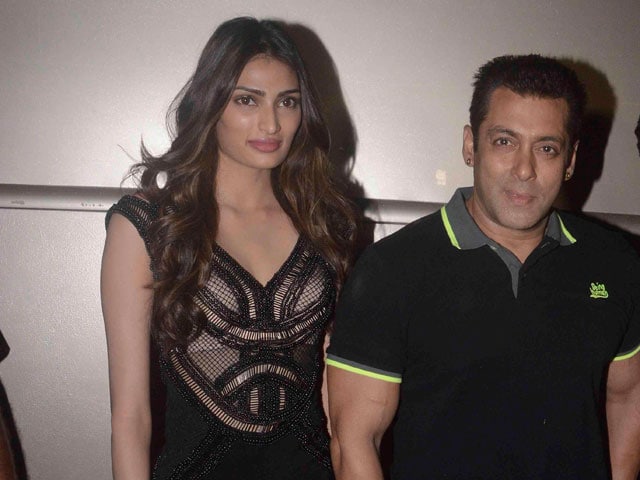 Mumbai: Actress Athiya Shetty, who will make her debut in Bollywood with Hero, said that Salman Khan prepared her for the challenge by giving her three important rules to succeed in the film industry.

"Salman sir has always told me three things: Be humble. Hard work is extremely important. That's what takes you forward in life. People want to work with you because you're hard working. And never forget the people who brought you to the top, because that's the most important thing," said Athiya. (Also Read: Athiya Shetty: Don't Have the Words to Thank Salman Sir )

Regarding her father Suniel Shetty, Athiya said: "Papa is not the preachy type who would tell me how to act or how not to act. Salman sir is also not that type of person. They've always told me about life and about the industry, how to conduct myself and how to interact with people."

"Papa is always the reminder in my life. He has told me, with success there is failure. No matter what, there are both ups and downs in life. And you have to handle yourself with respect, humility and an equal amount of grace," added Athiya.

Apart from Athiya, Suraj Pancholi will also make his debut in Bollywood with this film.

Directed by Nikhil Advani, Hero has been co-produced by Salman and is scheduled to release on September 11.