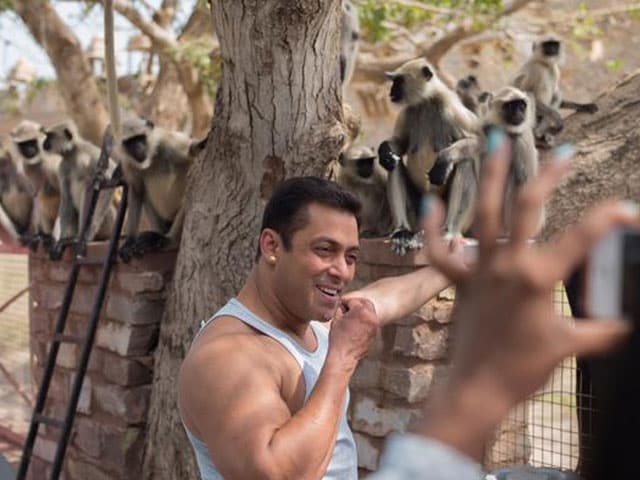 This image was posted on Twitter by Team Salman Khan

Actor Salman Khan is quite a Dabangg in real life too. The 49-year-old actor, who is shooting for Sooraj Barjatya's film Prem Ratan Dhan Payo in Rajasthan, was spotted feeding a group of monkeys on the sets of the film. The generous actor was seen grinning as the monkeys satiated their hunger pangs. (Also read: Kick, Bang Bang! Nominated for Stunt Awards in US)

Muscular Salman, who will be playing a double role in Prem Ratan Dhan Payo, was spotted having a good time holding out a food bowl for the monkeys while taking a break from the shoot.

Salman shared the video on his Facebook page. Watch: