Tezaab director slammed Ek Do Teen redux and said Jacqueline's version is 'crass.' Salman says that she "did full justice" 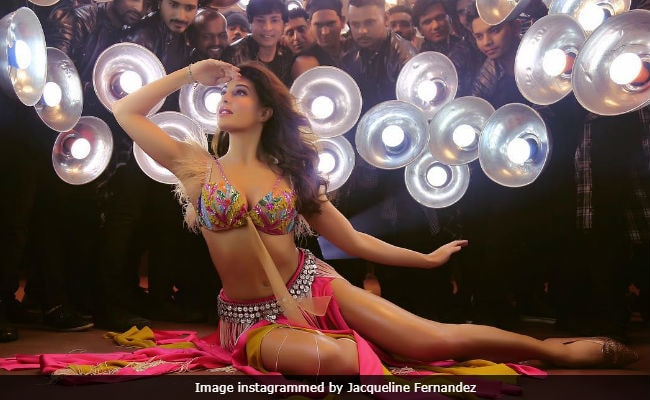 New Delhi: Tezaab director N Chandra may think that Jacqueline Fernandez's version of Madhuri Dixit's iconic song Ek Do Teen is 'crass' but not Salman Khan. The 52-year-old actor defended his Race 3 co-star after the song's release triggered severe backlash from Twitter and the makers of the original song, reportedly including choreographer Saroj Khan. "Loved the song, Jackie (Jacqueline Fernandez) has done full justice to the legendary moves of Saroj Khan. (Its) difficult to match Madhuri," Salman Khan tweeted along with the link of Ek Do Teen redux. On Wednesday, director N Chandra slammed the new version of the Tezaab song, which will be incorporated in Tiger Shroff's upcoming film Baaghi 2.

The Tezaab director also said that remixing old iconic songs is "creative vandalism" and that there should be "strict laws" against it. But Salman Khan, whose Judwaa 2 was recently recycled with Varun Dhawan in lead role, has a different take on this as well. He tweeted: "(It is) nice to see Varun (Dhawan) and Jackie dance to our songs makes us proud and (it) keeps the songs alive and fans listening, dancing and having a blast. Makes me proud. Enjoy Karo!"

Speaking to IANS, N Chandra had said: "I can't believe they've done this to Ek Do Teen. It's crass beyond imagination. And Jacqueline Fernandez doing Madhuri Dixit's number? Give me a break! It's like turning the Central Park into a botanical garden. Madhuri danced with such grace and innocence." When IANS asked Saroj Khan about the new version of the song, she refused to comment.

Promoted
Listen to the latest songs, only on JioSaavn.com
Ganesh Acharya, who was one of the background dancers in the original Ek Do Teen, has choreographed Jaqueline in the new version. Baaghi 2 will open in theatres on March 30.