Ek Do Teen, The Jacqueline Fernandez Version. This Girl Is On Fire 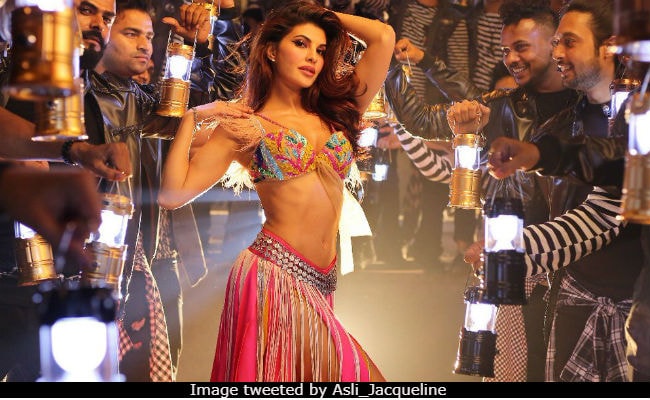 Jacqueline Fernandez from the Ek Do Teen redux (courtesy Asli_Jacqueline)

New Delhi: Can't, just can't stop watching over and over Jacqueline Fernandez's latke jhatke in the new version of Ek Do Teen for Baaghi 2. The song is the perfect remedy for our Monday morning blues and with Jacqueline Fernandez dancing like that, now, we know what setting the stage on fire actually is! For those who were wondering if Jacqueline is actually the true blue successor of Madhuri Dixit, you will find your answer in the song. The new version of Ek Do Teen is actually a recreated edition of Madhuri Dixit's song from Tezaab, which was originally sung by Alka Yagnik. Now, Shreya Ghoshal has done a brilliant job in the redux version.

Less than an hour to go for your favourite track!! #EkDoTeen out at 11AM! @itigershroff@dishpatani@khan_ahmedasas@ngemovies@foxstarhindi@tseries#Baaghi2@ManishMalhotra@shaanmuofficial#GaneshMasterjipic.twitter.com/2x7Vjcd455

Ek Do Teen has all the ingredients of what is referred to as a "dance number" - Jacqueline in flashy outfits, a catchy remixed tune that runs along the song, superwoman dance moves and the humour element. One of Jacqueline's outfits is also a more contemporary take on Madhuri's bright pink top and fringed skirt - Jacqueline dances around in a bright sequinned bralet and skirt. Prateik Babbar also makes a sudden appearance as a surprise deal. But he's hardly any distraction because with Jacqueline on screen, it's hard to take your eyes off!

In the 1988 version of Ek Do Teen, Madhur Dixit's iconic steps were choreographed by Saroj Khan while Ganesh Acharya has choreographed Jacqueline in the new one.