Jacqueline Fernandez shared the first look of her song, in which she takes over from Madhuri Dixit 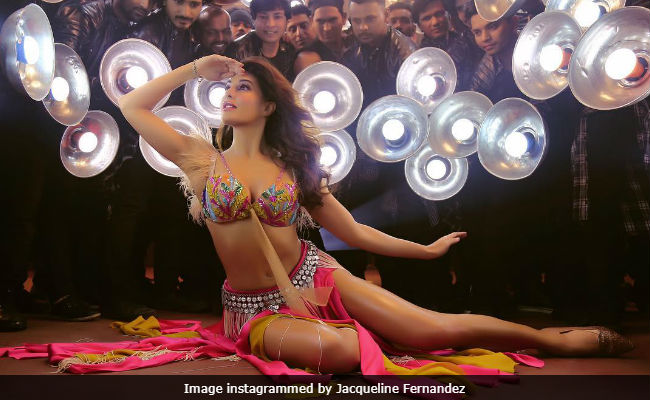 On Thursday, Jacqueline told news agency IANS that she cannot wait to show Madhuri Dixit her performance on the Tezaab song. "I can't wait for Madhuri ma'am to watch the song. It is my tribute to her. Her performance in the original is unmatchable. Forget me, no one can ever come close to her," she said.

Ek Do Teen 2.0 is choreographed by Ganesh Acharya, who was one of the background dancers when Saroj Khan had choreographed Madhuri Dixit. Baaghi 2 director Ahmed Khan had asked Ganesh to retain the hook steps of the song. "I want the same feel of the earlier song that still looms large on everyone's mind and also the same vibe, with the crowds chanting 'Mohini, Mohini' as Madhuri takes the stage," he had said.

Before Jacqueline's Ek Do Teen, rewind to Madhuri's version:

Promoted
Listen to the latest songs, only on JioSaavn.com
Baaghi 2 stars Tiger Shroff and Disha Patani in lead roles. The film is a sequel to Tiger's 2016 film Baaghi, which was directed by Sabbir Khan and it featured Shraddha Kapoor opposite Tiger.