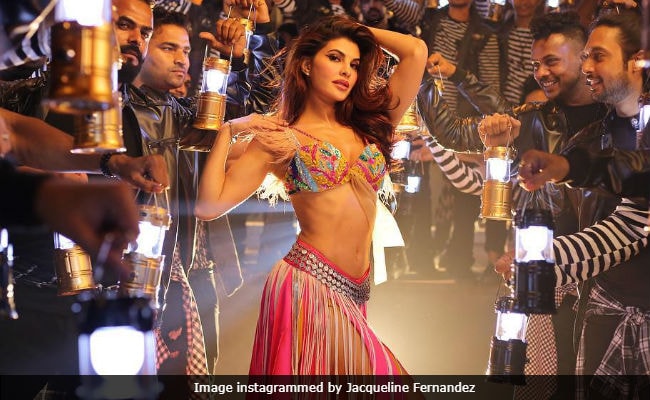 New Delhi: Ek Do Teen redux, featuring Jacqueline Fernandez in Madhuri Dixit's place, has not impressed Tezaab director N Chandra, who originally directed the iconic song. He's upset with the makers of Baaghi 2, for which the song has been resurrected and he has decided to take action against the filmmakers, reports The Quint. Mr Chandra was informed about the new version by Saroj Khan, who choreographed Madhuri Dixit in the 1988 film, at late actress Sridevi's funeral. "She (Saroj Khan) came to me and said, 'Have you seen what they're doing to our Ek Do Teen number?' I had no clue. Saroj ji told me that the makers of Baaghi 2 were doing a new version of Ek Do Teen. She said she will take legal action against it," The Quint reported N Chandra as saying.

Ek Do Teen 2.0 released on Monday and the Internet was also not really happy about the new version. Speaking to news agency IANS, Mr Chandra said: "I can't believe they've done this to Ek Do Teen. It's crass beyond imagination. And Jacqueline Fernandez doing Madhuri Dixit's number? Give me a break! It's like turning the Central Park into a botanical garden."

Meanwhile, Saroj Khan refused to comment on the song and the controversy surrounding it, reports IANS.

Here's what Twitter said about Jacqueline's version of the song:

The reason why original #EkDoTeen is such an iconic song is because the woman is seen being more than an object of desire. Madhuri dances beautifully in a quirky and fun way not trying to please anyone. The newer version does the exact opposite

It would be better if they scrap this video and song out of the film and YouTube and forget they made it.#EkDoTeen#savetheclassics

In a separate interview, Baaghi 2 director Ahmed Khan said that once they decided to redo Ek Do Teen he had rushed to seek Saroj Khan's "blessings" but did not invite her to redo the choreography. He told Bollywood Hungama: "I quickly paid Saroj ji a visit. But we did not invite her to do the choreography for the new version of Ek Do Teen for two reasons. One, because we wanted a new treatment to the song. And two, because Saroj ji is now getting old and is also likely to run out of patience on the sets."

Jacqueline's version of Ek Do Teen has been choreographed by Ganesh Acharya, who was one of the background dancers in the original song. "We have incorporated Madhuri's signature step into our version but the rest of the steps are by Ganesh," Ahmed Khan said, adding that Ek Do Teen redux is "homage to the original."

Promoted
Listen to the latest songs, only on JioSaavn.com
Baaghi 2 features Tiger Shroff and Disha Patani in lead roles and the film is expected to hit the screens on March 30.

(With inputs from IANS)
Comments
ek do teenjacqueline fernandezmadhuri dixit