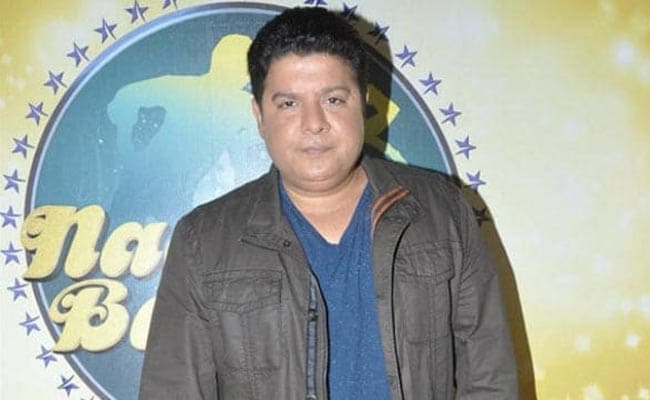 Sajid Khan left everyone surprised after he appeared as a contestant at the grand premiere of Bigg Boss 16 on Saturday. Sajid Khan stayed away from the limelight after he was inculpated in a few sexual harassment allegations during the #MeToo movement in 2018. Some actresses, including Saloni Chopra, Rachel White and Mandana Karimi, as well as, journalist Karishma Upadhyay accused him of sexual harassment, following which he was suspended by the Indian Film and Television Directors' Association for a year. Sajid Khan was also dropped from his directorial project Housefull 4, which then Farhad Samji took over. Now, the filmmaker has opened up about his career downfall on the reality show. Sajid Khan said that his “success” and arrogance “destroyed” him.

As per Sajid Khan, when he gave “back-to-back three hits,” the director started believing that he was “infallible and can never make a wrong film.” But that's when reality hit him – his 2013 film Himmatwala and 2014 comedy-romance Humshakals failed terribly at the box office.

“After giving back-to-back three hits, I became very arrogant. I thought I had become infallible and can never make a wrong film. I started giving out arrogant statements. God slapped me hard and Himmatwala did not do well. I became a little humble but I again got slapped and Humshakals did not work,” Sajid Khan said.

On stepping down as the director for the 2019 film Housefull 4, Sajid Khan added, “After Humshakals did not work, I hid my face from people. After that, I started writing Housefull 4 and directed the film half and till the night I was working on the film and in the morning, I was out of the film. My credit on the film was taken away from me. I just felt this is all God's way of telling me that you have to become a nicer person.”

In a social media post in October 2018, Sajid Khan had written about “taking the moral responsibility of stepping down” from his directorial post because of the “pressure being put on his family.” Read his tweet here.

At the grand premiere of Bigg Boss 16, Sajid Khan also revealed that he did not get much work and “sat at home for four years.”

The 16th season of the reality show will air on Colors TV from Monday to Friday at 10 pm. On weekends, the show will start at 9:30 pm. It will also stream on Voot Select.

At Falguni Pathak's Navratri Utsav, Shilpa Shinde Danced With Nia Sharma And Others