Priyanka Bose said: "We are surrounded by perpetrators. My speaking out frees me" 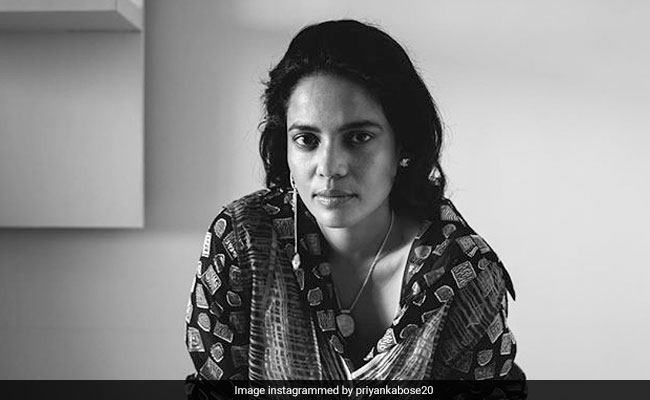 Actress Priyanka Bose, who named and shamed director Sajid Khan in her #MeToo story last years, told reporters at an event that recounting her story has made her free, reported news agency IANS. She added that after outing Sajid Khan as a sexual predator she no feels "judged and humiliated." Priyanka was asked how life changed for her after her unpleasant encounter with Sajid Khan, to which she said: "Oh, I am over it. It better have changed for him. We are surrounded by perpetrators. My speaking out frees me, other people chose not to. It's a choice one takes. I felt judged and humiliated, and I don't at all anymore."

Priyanka Bose is best-known for her roles in films like Lion and Gulaab Gang.

Last year when India's #MeToo movement was in its full swing several female artistes and journalist named Sajid Khan in their respective harrowing accounts. Sajid Khan was directing Housefull 4 when #MeToo accusations against him started piling up. He was later dismissed from the project and Farhad Samji took over as the director. As of now, the Indian Film and Television Director's Association (IFTDA) had banned Sajid Khan for a year.

Meanwhile, Priyanka Bose is filming Prakash Jha's Pareeksha, speaking about which she said: "Pareeksha is a film about a parent's dream and struggle to educate their son in an English medium school. The family bread-earner is a cycle rickshaw puller. As an actor we get to bridge the gap, telling a story like this," reported IANS.