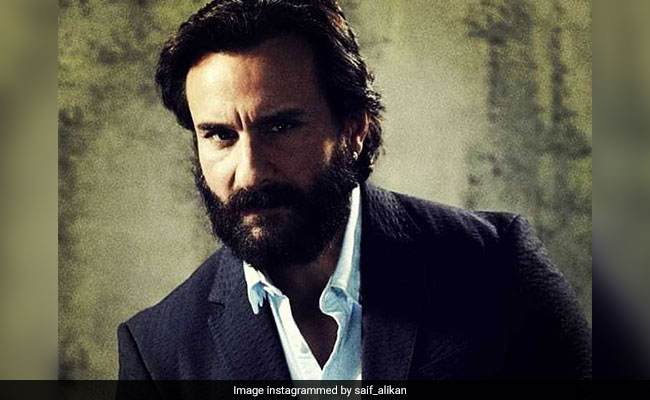 Saif Ali Khan might be a social media recluse but the actor often finds himself at the receiving end of trolls. This is the story of how Saif came up with the perfect response to his trolls. The 48-year-old actor recently made an appearance on Arbaaz Khan's talk show Quick Heal Pinch, during which the show's host Arbaaz read out a comment, in which a troll referred to Saif as "nawab holding on to his rotten hukkumat." Now, Saif, who has quite a bit of a reputation as a witty actor, was quick to respond. He said, "I have never been interested in being a nawab. I prefer eating kebabs."

That's not it, Saif Ali Khan was even trolled for his choice of outfit at Sonam Kapoor and Anand Ahuja's wedding. Yes, you read that right! In another segment of the show, Arbaaz read out a comment that read, "Saif Ali Khan on Sonam Kapoor's wedding, turns up in a simple white kurta." Saif stole our hearts with his epic response when he said, "It was her wedding, not mine."

We got a glimpse of the fun-filled episode through a promo video, which was shared on the Instagram account of show's host Arbaaz Khan. The video is going insanely viral on social media. Here's a snippet from Saif Ali Khan and Arbaaz Khan's conversation:

Happy to share the teaser of this season's final Pinch. We have with us the suave and classy...Saif Ali Khan! Find out why he is so 'Digitally Unavailable' or is he really? @QuPlayTv @quickheal_technologies @venkyschicken @panchshil_realty @hootmumbai @ZEE5 #QuPlayTV #Pinch

On the work front, Saif Ali Khan has a super busy schedule. The actor will next be seen in the second season of Netflix's web-series  Sacred Games. He also has Hunter, Taanaji: The Unsung Warrior, Bhoot Police and Jaawaani Jaaneman in the pipeline.