New Delhi: Saif Ali Khan returned from his Swiss holiday in time to celebrate his 47th birthday with his family. Saif Ali Khan and Kareena Kapoor hosted a house party on Tuesday on the eve of Saif's birthday, which was attended by Kareena's sister Karisma Kapoor, who arrived with her rumoured boyfriend Sandeep Toshniwal, Saif's sister Soha Ali Khan (minus her husband Kunal Khemu) and Saif's children Sara Ali Khan and Ibrahim. Karisma Kapoor shared a fabulous collage from Tuesday's party featuring Saif with his birthday cake (yummy!) and pictures with each of the hosts. Take a look at inside pics from the party.

Here are pictures of Karisma Kapoor and Sandeep Toshniwal outside Saif and Kareena's residence (the party venue). 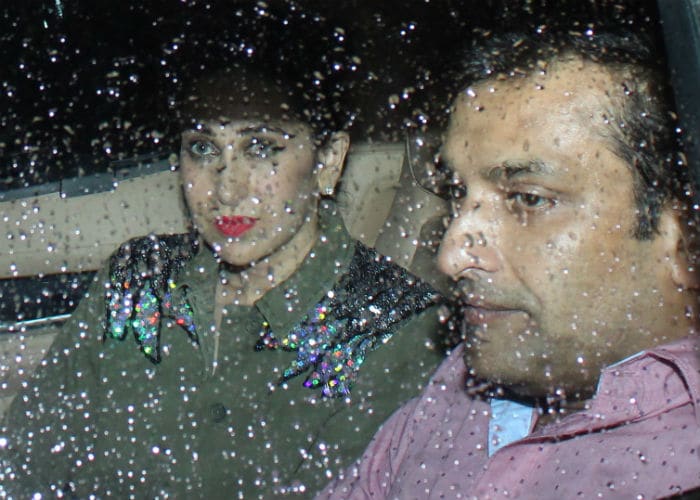 Karisma wore a green shirt with black leggings while Kareena opted for black trousers and a lace-detail top. Kareena's nude lip color (instead of a bright shade) gave an edgy finish to her look. The Kapoor sisters never disappoint in fashion.

Talking of experimental fashion, we are sure Sara Ali Khan's denim boots will soon start trending. Sara, 24, looked fabulous in white hotpants and shirt combo finished out with those denim boots. Sara will make her Bollywood debut next year opposite Sushant Singh Rajput in the Abhishek Kapoor-directed Kedarnath. 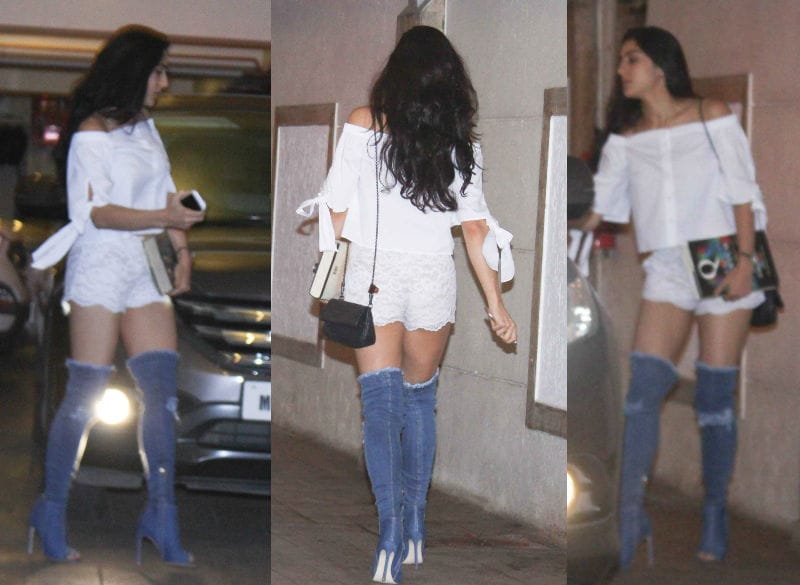 Meanwhile, Soha Ali Khan, who is pregnant with her first child, dressed her baby bump in a blue dress. Soha Ali Khan, who is fabulously dressed on most occasions, failed to impress this time. However, Soha was the centre of attention. PS: We love Ibrahim photobombing Kareena, Soha and Sara.

Promoted
Listen to the latest songs, only on JioSaavn.com
Saif's son Ibrahim was dressed casually for the night. 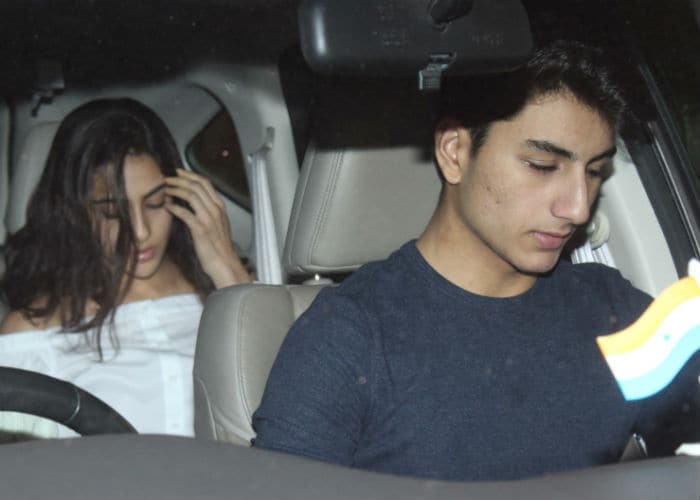 Ibrahim and Sara are Saif's children from his first marriage to actress Amrita Singh. Saif and Kareena, who got married in 2012, are parents to eight-month-old Taimur Ali Khan Pataudi.