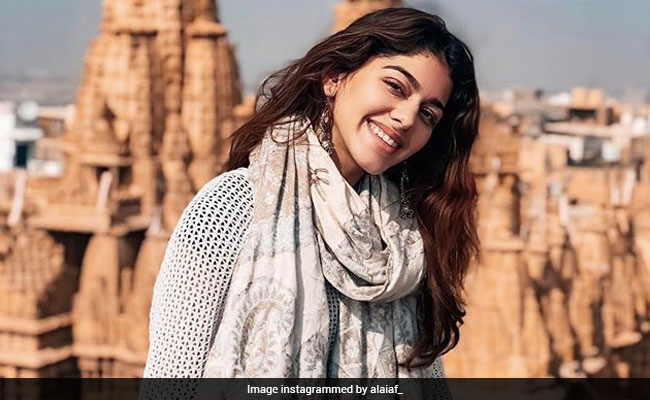 Saif Ali Khan recently shared details about his new film Jaawaani Jaaneman, including why Alaia Furniturewalla was cast in the role of his daughter instead of Sara Ali Khan, in an interview with Mumbai Mirror. In his interview, the 49-year-old actor revealed that the film's team wanted a fresh face for Jaawaani Jaaneman and for Sara to have signed the film meant that she would have had to skip both Kedarnath and Simmba: "Alaia is perfect for the role... I would have loved to have Sara in the film but that would have meant choosing this project over everything else she is doing as we wanted it to be the first film of the person we would cast," Mumbai Mirror quoted Saif as saying. Sara is Saif's daughter with his first wife Amrita Singh.

"Sara's career trajectory is in a good place and in a way I am happy it's separate from mine at the moment," Saif added. Sara Ali Khan made her Bollywood debut with Abhishek Kapoor's Kedarnath and then also starred in Rohit Shetty-directed Simmba, which was a box office blockbuster. She is currently shooting for the sequel of Love Aaj Kal with Kartik Aaryan. The film is being directed by Imtiaz Ali.

Meanwhile, Alaia also had something to say about her Bollywood debut and told Mumbai Mirror: "The audience will just not get to see me perform but will also get a glimpse into my real life."

Mumbai Mirror reports that Jaawaani Jaaneman will be directed by Nitin Kakkar and will be co-produced by Saif Ali Khan. The family-comedy is scheduled to go on floors in June in London.