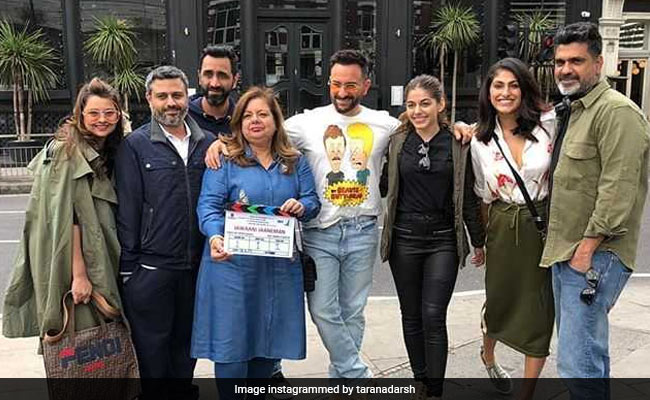 The team of Jawaani Jaaneman in London. (Image courtesy: taranadarsh)

The film marks the debut of Pooja Bedi's daughter, Alaia Furniturewalla and is touted as a fun, comic take on how a man confronts the harsh reality of his life. Directed by Nitin Kakkar, the film is produced by Jacky Bhagnani, Saif's Black Knight Films and Jay Shewakramani's Northern Lights Films.

"It's one of the most uber cool stories that I have come across. We are excited about the film going on floors and really looking forward to it," Bhagnani said in a statement.

(Except for the headline, this story has not been edited by NDTV staff and is published from a syndicated feed.)
Comments
Jawaani JaanemanSaif Ali Khan Jawaani Jaanemansaif ali khan alaia furniturewalla