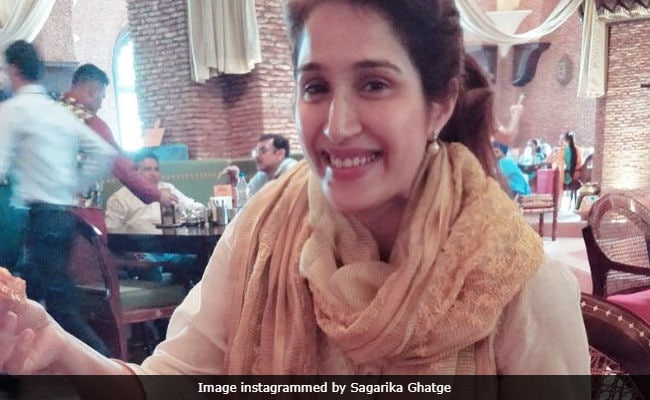 New Delhi: If your pre-workout meal spread will be as lavish as Sagarika Ghatge's then you'll have a 440 volt smile on your face too. The actress was in Punjab and she ate like Punjabi's do. "When in Punjab #preworkoutmeal," Sagarika captioned a photo of herself, in which she can be seen eating a delicious North Indian cuisine. Sagarika's Chak De! India co-star Vidya Malvade was feeling left out. "I also want to join in," she commented on the post, which made many Instagram users hungry. Actress Prachi Desai posted she's curious to know what she ate post workout.

And though a plate of delicious chole bhature made Sagarika grin from ear-to-ear, she posted a photo of her comfort food a few days ago - a bowl of good ol' khichdi:

Sifting through Sagarika's Instagram profiles, we also learnt that she doesn't usually have such delicious but calorific meals. "It's all about the choices... In this case making the healthier one," she captioned this photo of herself and Zaheer Khan sharing fruits.

It's all about the choices . In this case making the healthier one

Promoted
Listen to the latest songs, only on JioSaavn.com
Sagarika Ghatge married cricketer Zaheer Khan in a private ceremony in November last year. After a court marriage, the couple hosted a joint sangeet and then a reception for their colleagues.