Can You Identify The Chak De! India Actress In This Old Pic?

Is it Thursday, yet? No, but there isn't a dearth of throwback photos on social media 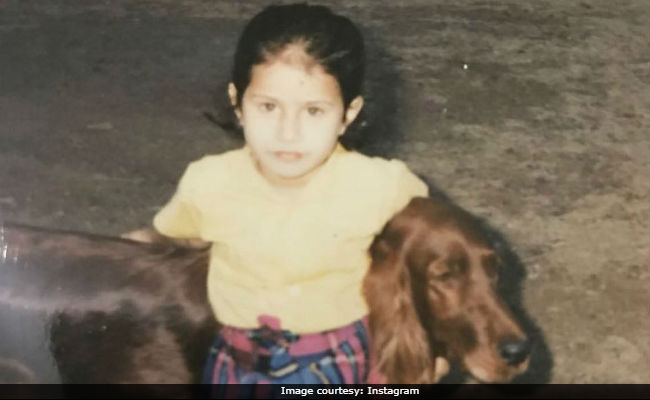 New Delhi: Is it Thursday, yet? It's not but guess actress Sagarika Ghatge didn't really want to wait till Thursday to share this throwback photo. A picture of her, taken 'many moons ago,' arrived today morning and it's adorable. In the childhood picture, Sagarika is seen with her pet dog Mimi. "Many moons ago. Me and Mimi," she captioned the post with a heart emoticon. Sagarika is cutely dressed in a yellow top and red and blue skirt and Mimi stand behind her. "So cute" and "old is gold" are some of the comments posted on the picture. (We too have the same reaction).

Many Moons ago. Me and Mimi

Sagarika Ghatge, 32, married cricketer Zaheer Khan, 39, last November. They had a simple court marriage, which was followed by mehendi and sangeet ceremonies and a blockbuster reception. Anushka Sharma and Virat Kohli, who got married after a month, had also attended the reception. Sagarika and Zaheer went to Maldives for honeymoon.

Last month, the couple shot for a special video for a platinum jewellery brand. In the video, they spoke about their love story, meeting each other's families and what life has been for them after wedding.

Sagarika Ghatge debuted in Bollywood with Shah Rukh Khan's 2007 hit film Chak De! India, for which received the Screen Award for Best Supporting Actress. She has starred in films such as Miley Naa Miley Hum, Rush and Iraada, which released last year. She also participated in the sixth season of reality show Khatron Ke Khiladi.