Saba and Imaad have a band named Madboy/Mink 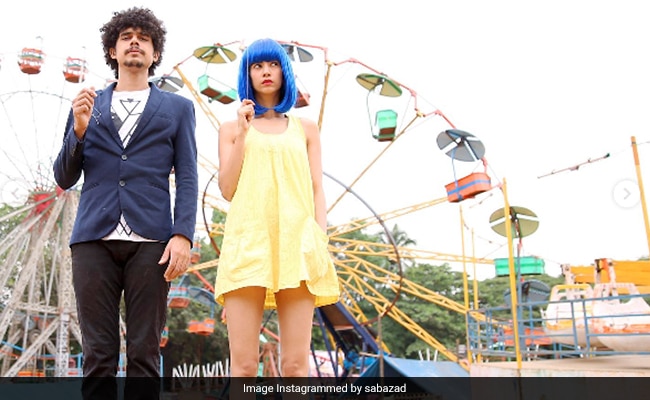 Saba Azad and Imaad Shah were also in a relationship. Reportedly, the two broke up in 2020. Currently, Saba is dating Bollywood actor Hrithik Roshan. The two made a lot of noise with their holiday album. From going on a long drive to attending a concert at a jazz club, their Europe vacation journal was all about love.

Here are some moments. Take a look:

Saba Azad will be next seen in  Minimum, which is a drama set in Belgium. It is jointly bankrolled by Platoon One Films and Ellanar Films. Geetanjali Kulkarni, Namit Das and Rumana Molla are also part of the film. Back in May, Saba shared the happy news with her Instagram family. Along with a picture of the starcast, she wrote, “My next with these gems. Saba Azad, Namit Das, Geetanjali Kulkarni, Rumana Molla to Star in Minimum, Immigrant Indian Drama Feature Set in Belgium, jointly produced by Platoon One Films and Ellanar Films. Produced by Shiladitya Bora and Radhika Lavu, the film is slated to go on floors in June 2022. The international drama will be helmed by writer-actor Rumana Molla in her directorial debut.”

Saba Azad is also known for her role in the 2011 film Mujhse Fraaandship Karoge. Meanwhile, Hrithik Roshan will be next seen in Vikram Vedha.