Saaho Teaser: Prabhas And Shraddha Kapoor Take Us On An Action-Filled Ride 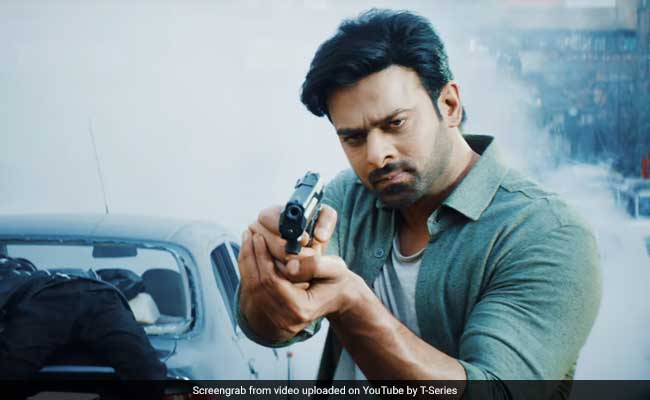 Prabhas in a still from the Saaho teaser. (Image courtesy: YouTube)

The teaser of Prabhas' Saaho released on Thursday afternoon and it wouldn't be wrong to say that it was absolutely worth the wait. The video begins on a light note with a stunning visual of Shraddha Kapoor, who is all alone and she finds a companion in Prabhas. Then begins a high-octane action ride. It is difficult to decipher the plot of the film based on the one-and-a-half minute video but we loved every bit of it. The teaser is replete with (no points for guessing) some great action sequences, which have been choreographed by Hollywood stunt choreographer Kenny Bates. The teaser offers more than just action scenes - there is also a subtle hint of humour in the dialogues. For instance, when Shraddha asks Prabhas about the people who are trying to harm them, Prabhas refers to them as "die hard fans." The teaser promises a lot of action and the film's visual effects deserve a special mention. The teaser of Saaho released in Hindi, Tamil and Telugu simultaneously.

The teaser of Saaho is going insanely viral and the very fact that the video received over 4 lakh likes within a few minutes on YouTube, says enough about its popularity.

Take a look at the teaser of Saaho here:

Ahead of the teaser's release, Prabhas shared a poster from Saaho and he reminded his fans that the film's teaser arrives today. "Hey Darlings... Only 1 Day to go, are you ready to ride into the world of Saaho. Teaser out tomorrow at 11.23 AM," he wrote.

Saaho is slated to release on August 15 this year and it will clash with Akshay Kumar's Mission Mangal and John Abraham's Batla House at the box office.