Saaho is Prabhas' first film after Baahubali 2: The Conclusion 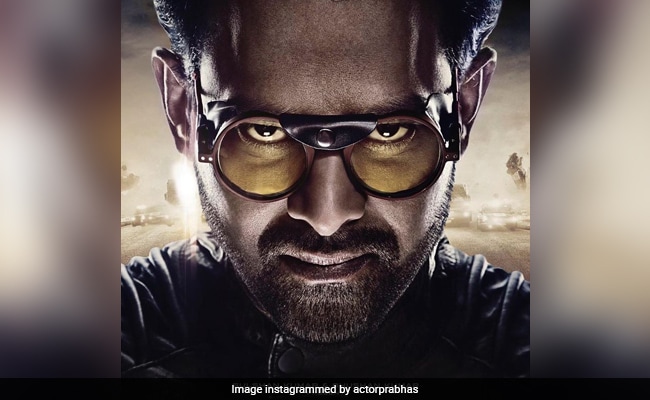 Prabhas, who is known for playing Mahendra Baahubali and Amarendra Baahubali in the Baahubali series, is ready with his next big-budget movie Saaho, which will open in theatres on August 15 this year. The film also features Streeactress Shraddha Kapoor in the lead role. Prabhas shared a new poster of his upcoming film on social media and announced the release date in style. Prabhas, who can be seen in an intense look in the poster wearing ultra-cool glasses, wrote: "Here it is darlings, for all of you... The new official poster of my next film Saaho. See you in theatres on August 15!"

Here it is darlings, for all of you... The new official poster of my next film Saaho. See you in theatres on 15th August! #15AugWithSaaho @officialsaahomovie @sujeethsign @shraddhakapoor @uvcreationsofficial #BhushanKumar @tseries.official

Just a day ago, Prabhas shared a video on Instagram teasing his fans about his film Saaho. Sharing the video, the actor wrote that he will reveal a big "Saaho surprise" on the consecutive day. Now we know what he was talking about and it surely is a surprise for us.

Meanwhile, on October 23, 2017, the makers of Saaho introduced the first look of the film on Prabhas' birthday. In the poster, Prabhas can be seen walking down a foggy-misty street dressed in all-black and with a scarf covering his face.

Saaho is a big-budget film, starring Shraddha Kapoor along with Prabhas. The film also features Neil Nitin Mukesh, Mandira Bedi, Arun Vijay and Jackie Shroff in pivotal roles. Saaho, which is Prabhas' very first Hindi film, is also the Telugu debut of Shraddha Kapoor. Sharing her experience of working with Prabhas, Shraddha told news agency IANS: "He is such a gentleman and an amazing human being. I think it translates in his energy on set and is so inspiring for everybody."

Saaho, directed by Sujeeth and produced by Vamsi, is a trilingual movie that will release in Hindi, Tamil and Telugu. The film will clash with John Abraham's Batla House, which is releasing on the same date.