S P Balasubrahmanyam: SPB is survived by his wife Savitri, daughter Pallavi, and son S P Charan, who is a producer and a singer

Singing legend S P Balasubrahmanyam's funeral was held at his Red Hills farmhouse in Thiruvallur district of Tamil Nadu, some 50 km from Chennai, with complete police honours. The singer, whose voice enchanted Indian cinema and music lovers over the last fifty years, was honoured with a 72-gun salute by the Tamil Nadu police. S P Balasubrahmanyam died at a Chennai hospital on Friday afternoon. He was 74. Actor Vijay paid his last respects to the legendary singer - he consoled SPB's son S P Charan with folded hands and a hug. S P Balasubrahmanyam was the voice of actor Vijay in songs such as Oru Kaditham, Enna Azhagu and Azhagooril.

Veteran director Bharathiraja, who was also at the hospital last evening, attended the funeral and so did singer Mano. Music composer Devi Sri Prasad and comedian Mayilsami were also part of S P Balasubrahmanyam's funeral.

Thalapathy Vijay at the funeral of Singer #SPBpic.twitter.com/zyTWGJFFa3

Although the district police had initially denied permission for public homage citing COVID-19 risk, they lifted the restriction. Thousands of fans and mourners flocked outside the Red Hills Farmhouse to bid a final farewell to SPB. On Saturday morning, elaborate security managements were made on account of the funeral.

After a few hours of public homage at SPB's Chennai home on Friday evening, the late singer was taken to his Red Hills Farmhouse in Thamaraipakkam in the Thiruvallur district in a hearse van, when well-wishers and emotional fans followed the vehicle to bid SPB a final farewell. PTI reported that the hearse van had to slow down to allow fans to bid a final adieu to SPB. 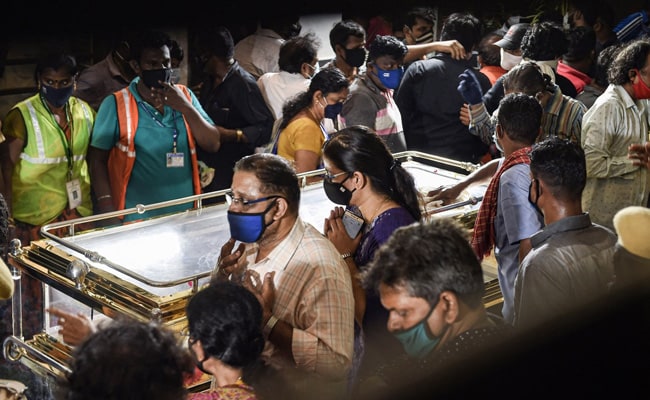 S P Balasubrahmanyam is survived by his wife Savitri, daughter Pallavi, and son S P Charan, who is a producer and a singer. S P Charan, along with other family members, was spotted at the hospital on Friday evening. 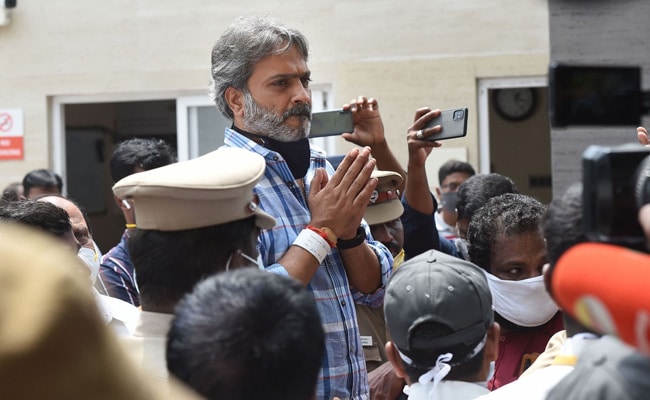 S P Balasubrahmanyam was admitted to Chennai hospital MGM healthcare for COVID-19 on August 5 and died of a cardiac arrest on September 25. In a video shared on August 5, the singer said he was optimistic about a quick return. SPB's son, in his regular video updates, had shared indications of improvements including details of the singer communicating with signs, using his tablet and involving in physiotherapy. The singer tested negative after a few weeks but continued to remain on ventilator. A day before his death, the hospital announced he was put on maximum life support. Kamal Haasan, who had worked with Mr Subhrahmanyam extensively, visited the hospital on Thursday. Following SPB's death, social media was deluged with heart-warming tributes from Kamal Haasan, Rajinikanth, Ilaiyaraaja, A R Rahman and several Bollywood stars.

S P Balasubrahmanyam sang over 40,000 songs in 16 languages and won six National Awards. He was a recipient of the Padma Shri and the Padma Bhushan.