Rustom, Alia, Rajinikanth and the Mysterious Ways of Bollywood PR 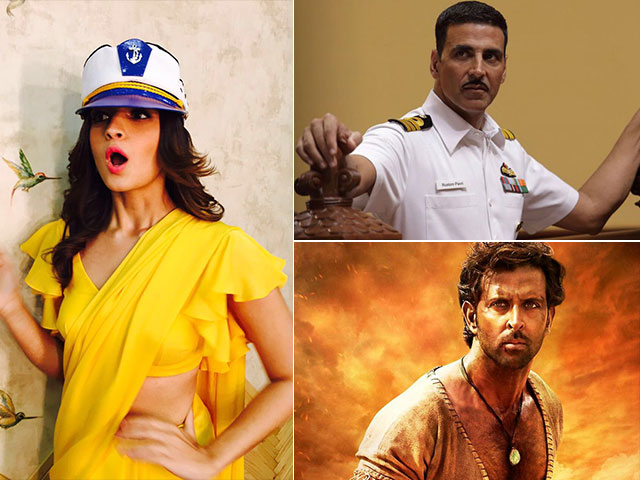 New Delhi: Once a Khiladi, now an Anari - and we aren't talking about Akshay Kumar here. Just a day away from this year's mega box-office clash, actress Alia Bhatt has posted the latest celebrity endorsement of Akshay's new film Rustom.

Alia, 23, reprised Akshay and Raveena Tandon's hit number Tip Tip Barsa from 1994 film Mohra. 'Sure to get a mandatory rain dance in every film,' tweeted Akshay.

It confirms that there is a massive Rustom Dekho campaign being run by Bollywood, possibly out of sheer goodwill towards Akshay. Rustom has even been wished luck by a hallowed quarter - Rajinikanth, who posted a rare tweet addressed to Akshay.

We cannot suspect Rajinikanth, who co-stars with Akshay in the sequel to Enthiran, of being induced to tweet by a concerted film effort but his tweet apart, the celebrity social media seems to have been carefully orchestrated, with hashtags counting down to the film. Some of Bollywood's biggest names have urged us to go watch Rustom - from Salman Khan and Karan Johar to Ranveer Singh and Varun Dhawan.

Which brings us back to our opening line - has Bollywood forgotten there is a second film releasing with Rustom? Mohenjo Daro, starring Hrithik Roshan, has been largely ignored by his colleagues - the sole signs of life coming from Akshay himself and wife Twinkle.

Here are just a few of the messages that Rustom has received:

#2daystorustom All the best Sir @akshaykumar

@akshaykumar paahji Oscar is also super intrigued and excited to watch you this fri #5DaysToRustom big hug n tongue from Oscar,love you brother

It all began with Salman Khan's video message urging his fans to go watch Rustom.

Rustom stars Akshay Kumar as Naval Commander Rustom Pavri, a fictionalised version of K M Nanavati who was tried and acquitted for the murder of his wife's lover, leading to the scrapping of India's jury system. Mohenjo Daro has Hrithik Roshan playing Sarman, who lives and loves in the Ancient Indus Valley.