RRR: Ajay Devgn Is The Master Of "Strength" In First Look 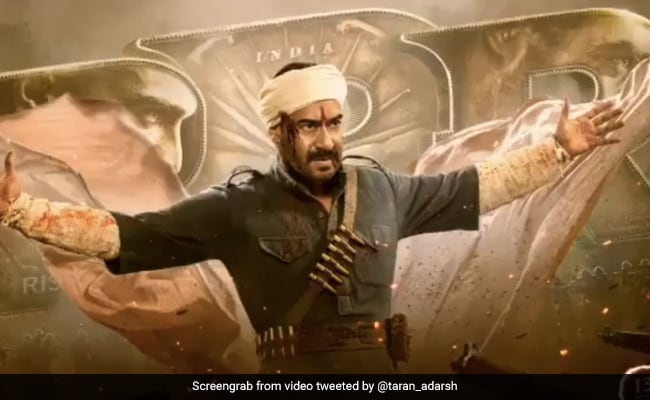 As Ajay Devgn celebrates his 52nd birthday on Friday, the makers of his forthcoming project RRR, shared his first look on the occasion in the form of a motion poster. The makers shared a clipping, which begins with a visual of dusty ground and Ajay Devgn chanting "Load, aim, shoot." The actor stands surrounded with a group of men holding guns in their hands, aiming at him. The actor sports a rugged look, with blood flowing from his forehead. His eyes do all the talking in the video. SS Rajamouli, sharing the motion poster, wrote: "He derives strength from empowering his people. Presenting Ajay Devgn from RRR movie."

Meanwhile, the birthday boy, sharing his first look from SS Rajamouli's magnum opus, wrote: "Load, aim shoot! Thank you SS Rajamouli for envisioning me in such an exciting and powerful character. #RRR #RRRMovie."

He derives strength from empowering his people!

RRR is Rajamouli's first project after the 2017 blockbuster Baahubali 2: The Conclusion, which was a massive success. The film will release across the globe in Hindi, Tamil, Telugu and Malayalam simultaneously. RRR was earlier to release on July 30, 2020. However, the film's shooting was halted due to the coronavirus pandemic and the film's director SS Rajamouli and actor Ram Charan contracted the virus last year. The film's lead actress Alia Bhatt also tested positive for COVID-19 recently.