Rishi Kapoor's Look in Sanam Re. You Might Have to Look Twice 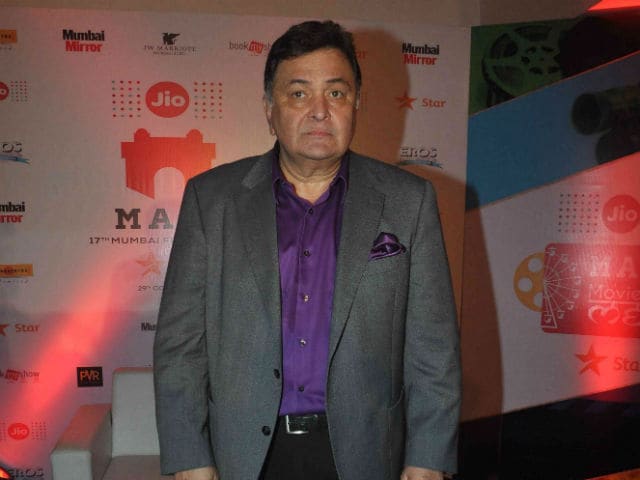 New Delhi: Actor Rishi Kapoor, who will feature in a cameo in Divya Khosla Kumar's Sanam Re , shared a picture of himself from the sets of the film.

In the image, Rishi Kapoor, 63, sports white hair and spectacles. So much so, that it is difficult to identify the actor. You might have to look twice:

In Divya Bhushan Kumar's. "Sanam Re". Done an interesting cameo for her. Good Luck team "Sanam Re" pic.twitter.com/bQ4gy4taN3

Sanam Re stars Yami Gautam and Pulkit Samrat in pivotal roles. It will release on February 12.

Rishi Kapoor, who was recently seen in Chalk N Duster, will also feature in Karan Johar's Kapoor And Sons, co-starring Fawad Khan, Sidharth Malhotra and Alia Bhatt. (Also Read: The Actor in This Pic is a Kapoor. Can You Guess Which One?)