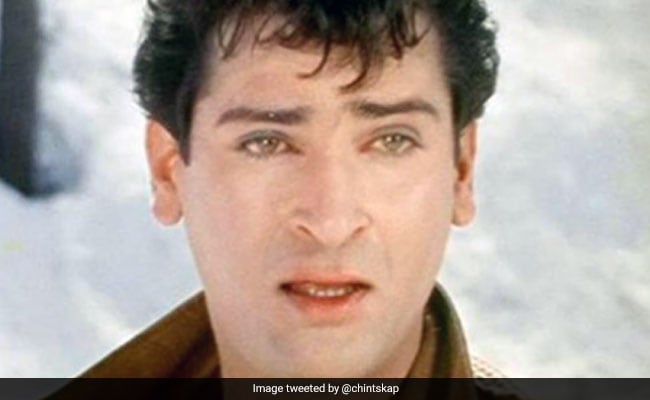 A day before Shammi Kapoor's death anniversary, Rishi Kapoor took a trip down the memory lane and dug out a nostalgia-dipper photo of the legend, who was also called as India's Elvis Presley by his fans. Veteran actor Shammi Kapoor passed away in the year 2011 due to chronic renal failure in Mumbai. Sharing the throwback picture, which appears to be a still from the track Chahe Koi Mujhe Junglee Kahe from Shammi Kapoor's 1961 film Junglee, Rishi Kapoor wrote: "Remembering Shammi Kapoor. Left us on August 14, 2011. Never a star like him." Rishi Kapoor is the son of Shammi Kapoor's elder brother Raj Kapoor.

Shammi Kapoor featured in over 70 movies and was best known for his roles in films such as Brahmachari, Vidhata, An Evening In Paris, China Town, Rockstar, Budtameez, Sachaai, Laat Saheb, Tumse Achha Kaun Hai and Prince among others. He won the Filmfare award for Best Actor for Brahmachari in 1969 and Filmfare Award for Best Supporting Actor for Vidhaata in 1982.

Remembering Shammi Kapoor. Left us 14th August 2011. Never a star like him! pic.twitter.com/PMKV0fe3i8

Rishi Kapoor, who left for New York in September last year for cancer treatment, is expected to return to India soon. The actor was last seen in 2018 film Rajma Chawal.