Rishi Kapoor Opens Up About His Treatment In New York: 'Hopefully I Will Recover And Return Soon' 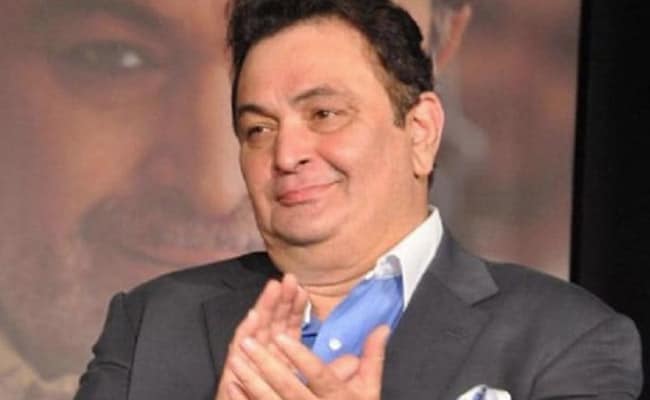 Rishi Kapoor photographed at an event in Mumbai

Actor Rishi Kapoor, who is undergoing medical treatment for an undisclosed disease in New York currently, said that the procedure is "long" and "tedious" but he is "hopeful" that he will recover soon, Bollywood Hungama reported. Speaking about his illness, perhaps for the first time since he left for the Big Apple in September last year, the 66-year-old actor told Bollywood Hungama: "My treatment is on, hopefully I will recover soon and God willing I will return. The procedure is long and tedious and one needs immense patience which unfortunately is not one of my virtue." Last year, Rishi Kapoor in a tweet had revealed that he is going to the US for medical treatment and had requested everyone not to "worry and unnecessarily speculate." After a span of close to four months, the Mulk actor has finally opened up about his treatment in the US. Rishi Kapoor's wife Neetu is also in New York with the actor.

Rishi Kapoor, who was last seen in Netflix's film Rajma Chawal, said that he is not thinking about films at this juncture and wants to be in a "relaxed" state of mind. "Thankfully, I am not thinking about films anymore, just want to be blank and refresh myself with a more relaxed mind. This break shall be therapeutic for me," Bollywood Hungama quoted the actor as saying.

Soon after Rishi Kapoor left for the US, several unconfirmed reports popped up stating that the actor is suffering from advanced stage cancer. Randhir Kapoor dismissed reports speculating his younger brother has been diagnosed of cancer. Speaking to news agency PTI, Randhir Kapoor had said: "This is all rumour. He is at the moment fine. As he is in great pain, he will be undergoing test tomorrow. He did discuss it with us regarding his health."

Neetu Kapoor, who often delights her Instafam with photos and videos from New York, had left Rishi Kapoor's well-wishers concerned after the actress' New Year's post where she wrote "hope in future cancer is only a zodiac sign" hit the Internet.

On Neetu Kapoor's "cancer is only a zodiac sign" comment Randhir Kapoor had told Hindustan Times: "I don't know much about it but this much I can tell you that (Rishi Kapoor) is doing well, that's all. Let people say whatever they want to. That he is doing well is evident from the photos that I, too, have seen... He will soon be coming back to India. We are looking forward to that right now."