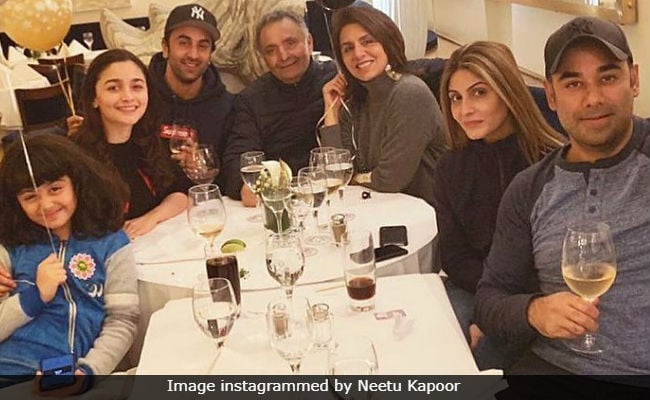 Neetu Kapoor's New Year's post on Instagram - in which she wrote, "Hope in future cancer is only a zodiac sign" - startled some fans of Rishi Kapoor, who thought that the actor was being treated for cancer in New York for the last few months. When Hindustan Times asked Rishi Kapoor's brother Randhir about the cancer reference in Neetu Kapoor's post, he replied: "I don't know much about it but this much I can tell you that (Rishi Kapoor) is doing well, that's all. Let people say whatever they want to. That he is doing well is evident from the photos that I, too, have seen... He will soon be coming back to India. We are looking forward to that right now."

In September, Rishi Kapoor took off from India stating in a tweet: "I am taking a short leave of absence from work to go to America for some medical treatment." The actor also missed his mother Krishna Raj Kapoor's funeral in India, which was held a few days after his medical treatment started in NYC. In subsequent days, he also shared pictures from a project he undertook while in New York.

This is to dispel all notions and wrong speculations of my hair turning grey/white overnight. My hair was dyed by Awan Contractor for a film produced by Honey Trehan and Sony pictures directed by Hitesh Bhatia. Film is untitled. Trust this clears the air pic.twitter.com/0v5Z0nFcDN

Rishi Kapoor's son Ranbir had been shuttling between India and the US to be with his father and to complete his pending projects. The actor celebrated New Year's with Rishi Kapoor and Neetu Kapoor in New York and his rumoured girlfriend Alia Bhatt also accompanied him. Rishi Kapoor's daughter Riddhima, her husband Bharat and their daughter Samara are also in New York since Christmas.