Tabu will be soon seen in Rhea Kapoor's The Crew 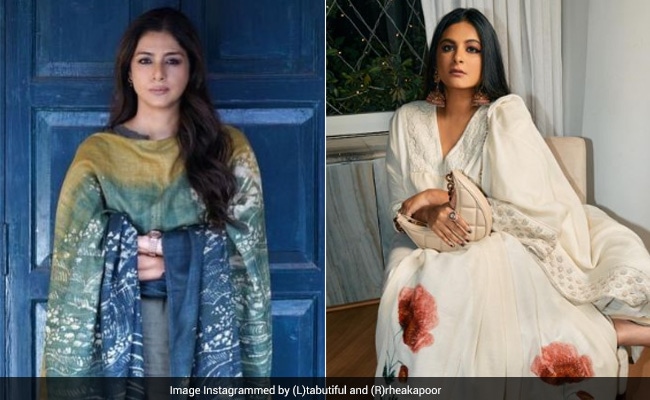 Tabu is "insanely talented and has got a mad sense of humour", says Rhea Kapoor, who is all excited to work with the actress in her upcoming film The Crew, also starring Kareena Kapoor and Kriti Sanon. Rhea recently shared a picture of Tabu from her photoshoot for a magazine on her Instagram handle and shared fun fact about the actress with her Instafam. Rhea Kapoor in her caption wrote, "Iconic. Fun fact about tabu, not only is she insanely talented and beautiful she's also got a mad sense of humour. Unreal. Can't handle it."

On Wednesday, Rhea Kapoor shared a video on her Instagram handle and introduced her "crew" to her followers. In the video, The Crew's cast Tabu, Kareena and Kriti can be seen having a fun time with their producer Rhea Kapoor and answering questions like "how they are feeling" about the project.

Sharing the video, Rhea Kapoor wrote, "Hi, I'm the producer and this is my crew! When girls get together some magical madness is bound to happen."

The Crew, directed by Rajesh Krishnan, is being produced by Rhea Kapoor and Ekta Kapoor. The film, which will star Tabu, Kareena and Kriti, is said to be set against the backdrop of the struggling airline industry.

The team announced the film a few days ago by sharing similar posts on their respective social media handles.