"Relationship Was Long Over, We Remain Friends": Sushmita Sen On Break-Up With Rohman Shawl 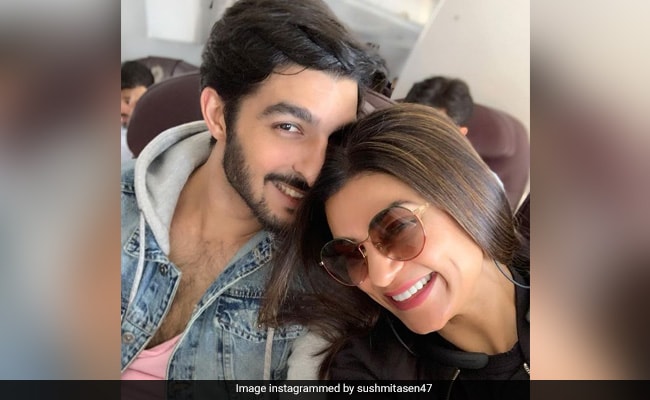 Rumours about Sushmita Sen and boyfriend Rohman Shawl's break-up had been doing the rounds for quite some time. On Thursday, the actress decided to clarify for once and for all. Posting a picture with model Rohman Shawl, Sushmita Sen wrote that the relationship ended long ago and that the two "remain friends." She wrote in her post: "We began as friends, we remain friends! The relationship was long over... The love remains." She accompanied the post with the hashtags #nomorespeculations, #liveandletlive, #cherishedmemories, #gratitude, #love and #friendship."

Sushmita Sen's post arrived after several media reports stated that she and Rohman Shawl have broken up. She signed off the note with these words: "I love you guys."

Sushmita Sen  made her comeback with the web-series Aarya, which was nominated in the Best Drama Series category in the International Emmys this year. She was last seen in the second season of Aarya, which opened to stellar reviews. The actress also featured as one of the judges on the TV reality show Fashion Superstar, alongside designer Manish Malhotra and comedian Mallika Dua.

Sushmita Sen is a single mom to daughter Alisah - Sushmita adopted Renee in 2000 while Alisah joined the family in 2010. Renee made her acting debut with a short film this year.