Ravi Chopra: The Man Who Gave Us Mahabharat 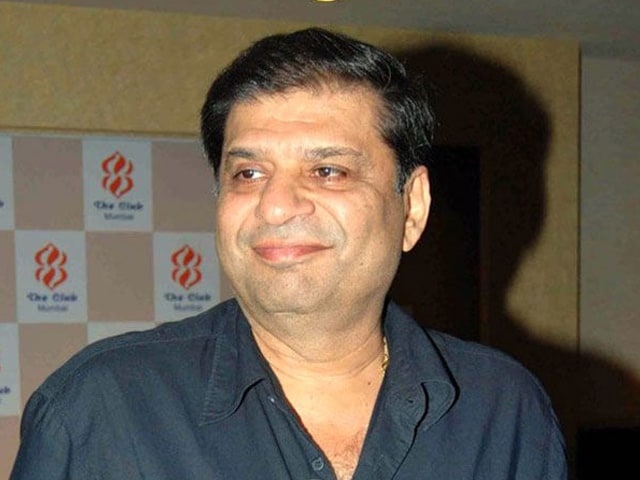 He made mythology popular on television by offering Mahabharat to viewers and showed the beauty of family ties on the big screen through Baghban and Baabul. Ravi Chopra made many films and TV shows that showed his impressive range as a filmmaker.

Ravi Chopra, who was hospitalised in Breach Candy hospital here, died on Wednesday. He was reportedly suffering from a severe lung ailment since the last few years. He is survived by his wife and three children. He was 68.

Born in 1946, he hailed from the illustrious Bollywood Chopra family. His father was late filmmaker BR Chopra, and his uncle was late filmmaker Yash Chopra, who helmed romantic films like Kabhi Kabhie, Silsila and Dil Toh Pagal Hai. The Bollywood connection doesn't end here. He was also cousin of Aditya and Uday Chopra.

He started as an assistant producer of the 1972-release Dastaan, directed by his father.

Ravi Chopra commenced his journey as a director in 1975 with Zameer, starring Amitabh Bachchan, Vinod Khanna and Shammi Kapoor.

He went on to work with Big B in movies like Baghban and Baabul. Ravi Chopra also produced Bhoothnath, starring Amitabh Bachchan, in 2008.

He had also teamed up with popular actors like Dilip Kumar, Dharmendra, Raj Babbar and Hema Malini, who considered him like family.

Hemaji paid tribute to the late filmmaker on Twitter.

Ravi Chopra is gone, leavg behind a void. Renu & he were like family & I will miss him. Rest in peace dear friend!

Apart from directing and producing films, he was a writer too and penned stories of films like The Burning Train (1980) and Baabul (2006).

The multi-talented Ravi directed one of the most popular mythological TV shows Mahabharat. The drama, produced by his father, ran on air from 1988 to 1990.

He had also directed the television mini-series Ramayan, which was aired in 2002.

As an executive producer, his project Cooking with Stella, a light comedy, premiered at the Toronto International Film Festival in 2009.

The late director was reportedly expected to make a comeback to the small screen with another mythological series titled Vasudev Krishna.

If the audience lauded his work onscreen, he impressed celebrities off-screen too.

Actress Divya Dutta, who worked with Ravi Chopra in Baghban, said he was one man who was "full of life".

Promoted
Listen to the latest songs, only on JioSaavn.com
Musician Vishal Dadlani called him "one of the most gracious gentlemen".

Actor Rohit Roy had kind words for the filmmaker. He said Ravi Chopra was "definitely the nicest man I've worked with in the film industry".