Raveena Tandon And Farah Khan In A Major Throwback Pic 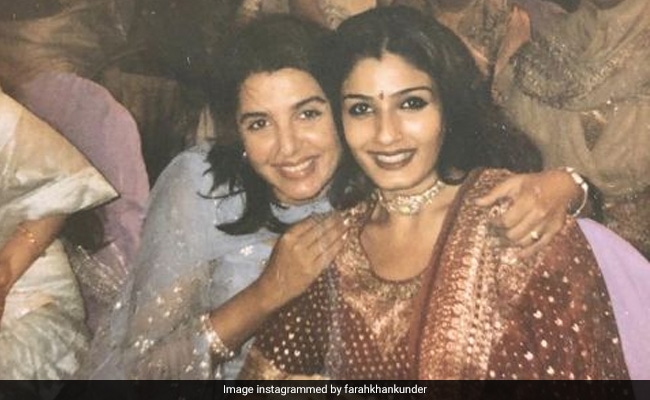 Farah Khan might have been a day or two late in wishing Raveena Tandon her birthday but she made up for it by sharing a perfect post on her Instagram profile on Friday afternoon. The first picture in the set happens to be a throwback of Farah Khan and Raveena Tandon. The second one is a relatively recent one. Farah Khan captioned the post: "I know I'm late to the party... but happy belated birthday Raveena Tandon ... Some friendships go sooo far back that taking for granted toh chalta hain. Love you RT." In the comments section of Farah Khan's post, Raveena Tandon wrote: "Love, love, love you so much."

Farah Khan has a treasure trove of throwbacks. She often shares throwback pictures with her Bollywood friends. Check out some of the posts:

Farah Khan, who stepped into the Indian film industry as a choreographer, made her directorial debut with the 2004 film Main Hoon Na. She has also directed films like Om Shanti Om, Tees Maar Khan and Happy New Year. She also backed Netflix's Mrs Serial Killer, starring Jacqueline Fernandez and Manoj Bajpayee. The film was directed by Farah's husband Shirish Kunder.