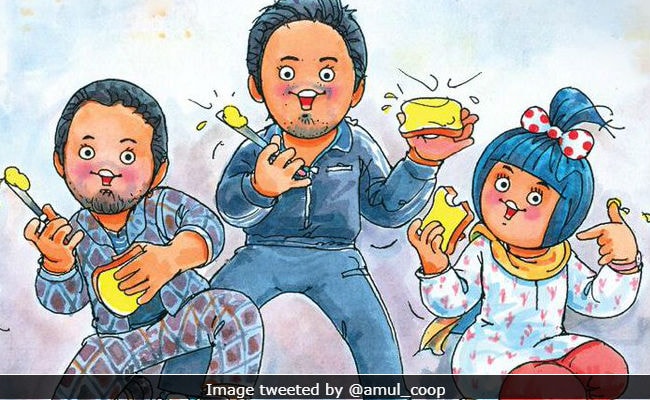 Ranveer Singh is on cloud #9 after back-to-back hits with Simmba and Gully Boy. His latest film, Zoya Akhtar-directed Gully Boy, is currently ruling the box office and on Monday it was immortalised by Amul in their latest graphic poster. "Ek Number," said Ranveer Singh as he shared the poster on his Instagram story. It featured cartoon versions of Ranveer, Alia Bhatt and Siddhant Chaturvedi - the dynamic trio of Gully Boy and read, "Apna Time Hai... Khayega." The ad post added, "What's inside the rapper." The text of the ad alluded to the film's famous song Apna Time Aayega, which has been rapped by Ranveer Singh.

Take a look at Amul's take on Gully Boy: 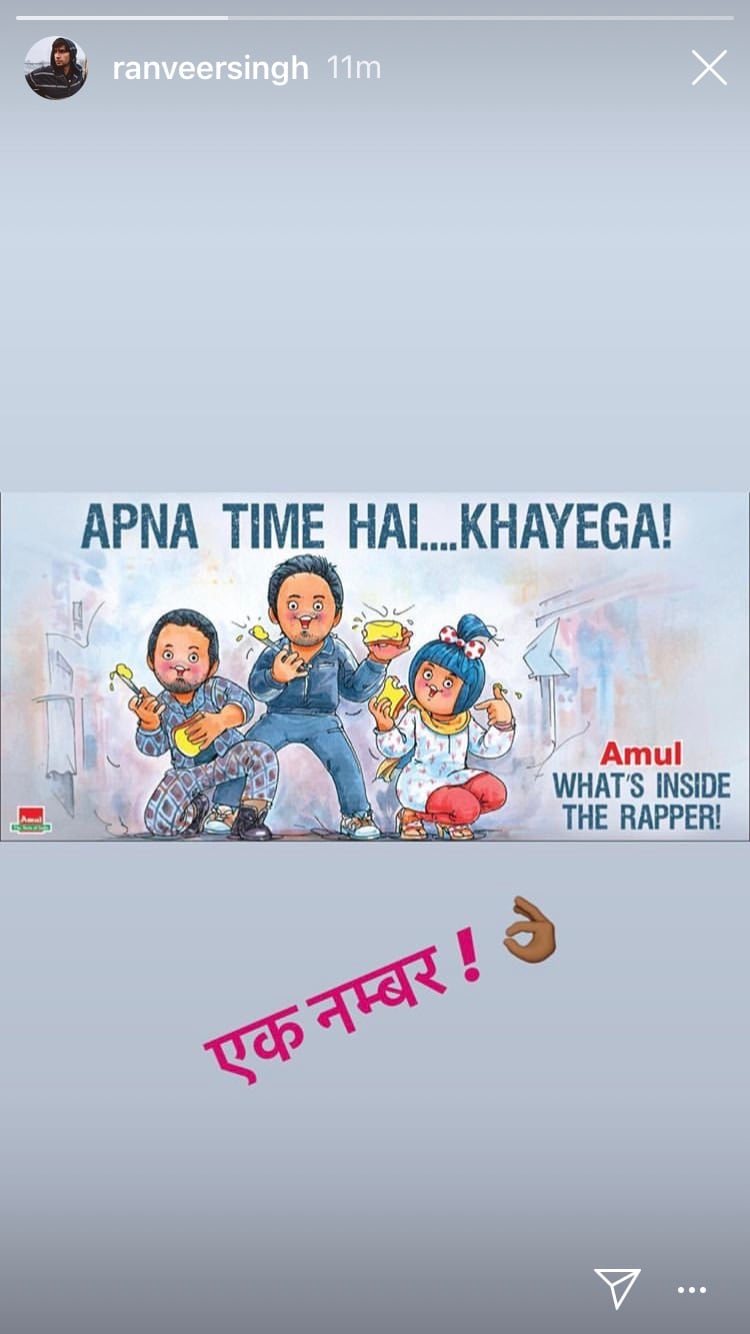 Gully Boy is the story of Murad's (Ranveer Singh) journey from the slums of Mumbai to the stage to world of hip hop music. Murad, under the mentorship of MC Sher (Siddhant Chaturvedi) transitions from Murad to rapper Gully Boy. The film is inspired by the lives and work of rappers Divine and Neazy.

Film critic Saibal Chatterjee wrote in his review: "Gully Boy can be whole-heartedly commended for its craft, fascinating characters and RANVEER SINGH. He absolutely kills the slow-burning rapper act."