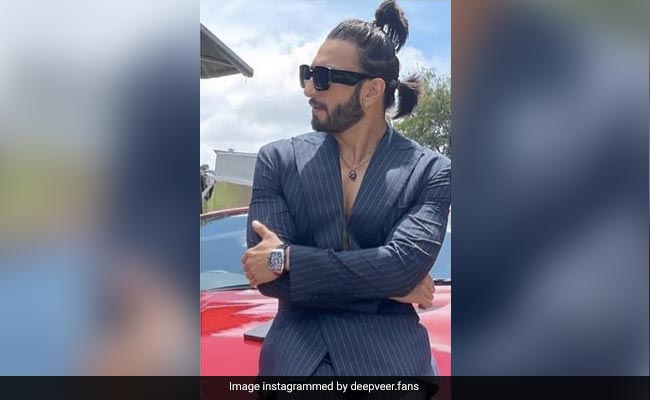 How does one know if Ranveer Singh was seen sporting a new look? Simple, wait for the memes parade on Twitter and it did happen. On Wednesday, Twitter was buzzing with memes with more than a little help from Ranveer Singh, who was trending yet again for his fabulously OTT airport look which, simply put, was right up the actor's alley. Ranveer Singh was spotted at Ram Charan and Kiara Advani's new film launch, all suited-up and then there was the thing that stole the show. Wait for it.... Double ponytails! Needless to say, the actor who is known for his maverick style, started trending big time on Twitter. There were some hilarious comparisons. Enough said, check out the memes already.

Reminds me of childhood when my Mummy used to do that to my hairs#RanveerSinghpic.twitter.com/a2v1Ef9WhK

Now that would be a cool crossover.

Ranveer Singh has worn everything from a septum ring on a magazine cover to skirts on red carpets to a high ponytail at an award show. Earlier this year, he also made headlines for his haute Gucci look. Ranveer was dressed in Gucci's collection and his OTT look inspiration was from the high-end fashion brand itself - Gucci's Creative Director Alessandro Michele.