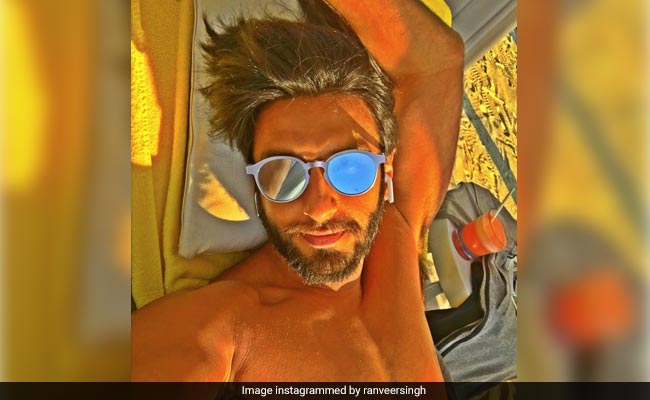 If only our Sunday afternoon could look half as good as Ranveer Singh's. The reason we brought this up today is because the 33-year-old actor shared a picture of his oh-so-perfect Sunday afternoon on his Instagram profile and we bet it will make you go green with envy. In the picture, the Gully Boy actor can be seen making most of his me time on a beach. He can be seen sporting a pair of sunglasses and his tan is hard-to-miss as he poses for the selfie. Ranveer's swag was just off the charts in the picture. The actor shared the post with his 22.6 million fans on Instagram, of which over 8 lakh fans have liked the picture. Ranveer's '83 co-stars Ammy Virk and Saqib Saleem have also left emojis in the comments section.

Without much ado, take a look at Ranveer Singh's post here:

Ranveer Singh is frequently seen sharing different facets of his life through social media posts. As of now, the actor's Instagram profile mostly comprises posts pertaining to his forthcoming film '83. A few days ago, Ranveer gave his fans a sneak peek of the film's preparatory session by sharing a video and captioned it: "The incredible untold story of India's greatest victory!"

Ranveer's next project is Kabir Khan's '83, which is based on India's iconic win at the 1983 World Cup. Ranveer will also be seen in Karan Johar's period drama Takht, co-starring Kareena Kapoor.