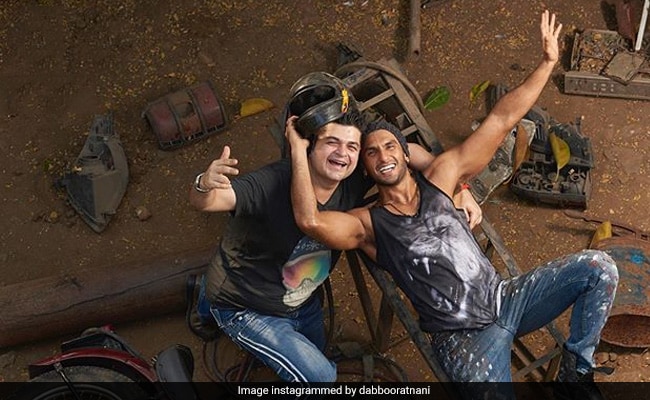 Our quarantine blues got a fix in the form of a throwback picture which was shared by photographer Dabboo Ratnani on his Instagram profile on Thursday.Guess who features in the aforementioned photograph? Well, it is none other than Ranveer Singh. The Gully Boy star can be seen sporting a rugged look in the BTS picture. Dressed in a pair of distressed denims and an uber-cool t-shirt, Ranveer can be seen smiling with all his heart in the photograph. Check it out for yourself, you can thank us later.

Meanwhile, Ranveer Singh summed up his quarantine moods with multiple posts. Check them out:

Me coming out of quarantine

Ranveer Singh's forthcoming film is '83, which is based on India's historic win at the 1983 cricket World Cup. Directed by Kabir Khan, '83 has been produced by Reliance Entertainment. In the film, Ranveer Singh will be playing the role of Kapil Dev. Pankaj Tripathi will be seen playing the role of manager PR Man Singh. Ammy Virk has been cast as Balwinder Singh Sandhu, Saahil Khattar as Syed Kirmani and Tahir Bhasin has been zeroed in to play the role of Sunil Gavaskar in the film. Deepika Padukone has been roped in to play Kapil Dev's wife Romi Bhatia on screen. The film, which was slated to release on April 10, has been postponed indefinitely.