Aditya Chopra, who has a reputation of a recluse, avoids being photographed and is strictly guarded about his personal life 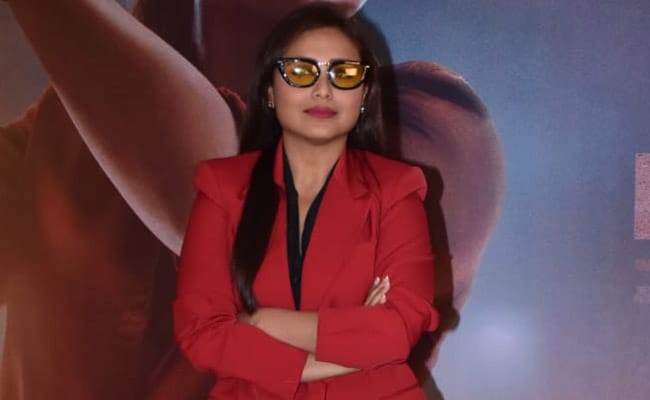 We would like to begin by saying that the no-filter version of Rani Mukerji is so much fun. The Mardaani 2 actress recently joined Neha Dhupia for an episode of her talk show No Filter Neha and made several fun revelations, glimpses of which have been shared by the show host in an Instagram post on Tuesday. The 41-year-old actress, who is married to Yash Raj Films' boss Aditya Chopra, was asked that between her and Aditya Chopra, who's better at a certain set of tasks, when all of her answers appeared to be: "Me... me... me... me..." before she burst out laughing.

Rani Mukerji also revealed what or rather who she and Aditya Chopra fight over the most - their daughter Adira. This prompted Neha Dhupia, who is married to actor Angad Bedi, to say: "We fight over the remote!" Rani Mukerji and Aditya Chopra got married in 2014 and Adira was born in 2015. Adira Chopra celebrated her fourth birthday earlier this month. Aditya Chopra, who has a reputation of a recluse, avoids being photographed and is strictly guarded about his personal life. Even Mumbai's crazy paparazzi barely get to spot the Yash Raj boss in and around the city. Rani and Aditya have also fiercely shielded Adira from the paparazzi since she was born.

Meanwhile, talking about one of her film auditions, Rani Mukerji told Neha Dhupia: "It was really bad because after that my mum told the producer 'Don't sign her'". She also talked about her mantra when it comes to using cuss words: "When you use cuss words, somewhere in your heart, you are releasing angst from inside your body and you start looking really beautiful.

"This is the most illogical piece of logic that I have heard," Neha Dhupia said.

Neha Dhupia shared the teaser of Rani Mukerji's episode with a shout-out to the Mardaani 2 actress: "An actor, mother and a force of nature who's given consistently brilliant performances film after film. She is a queen by birth, attitude and destiny. For the first time ever - no filter Rani Mukerji."

An actor, mother and a force of nature who's given consistently brilliant performances film after film. She is a queen by birth, attitude and destiny. For the first time evvveerrrrrr No filter #ranimukherjee ... Only on @jiosaavn co produced by @wearebiggirl ... link in bio

Rani Mukerji's new film Mardaani 2 is currently in theatres. Produced by Aditya Chopra, the film has made over Rs 18 crore in its opening weekend.