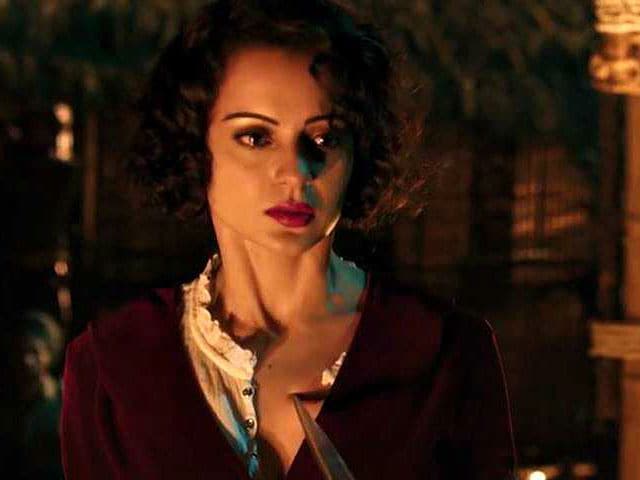 New Delhi: Rangoon's box office collection after five days shows no growth. The film starring Kangana Ranaut, Shahid Kapoor and Saif Ali Khan, made Rs 1.25 crore on the fifth five bringing the total to Rs 17 crore in India, reported Box Office India. The Vishal Bhardwaj-directed film made Rs 6 crore on the opening day. Box Office India predicted that Rangoon will collect another few crore in the upcoming days and "that will probably be it." The film's final collection will be around Rs 19 crore, which is lower that the lifetime collection of Shraddha Kapoor and Aditya Roy Kapur's OK Jaanu, which released last year.

Rangoon is a love triangle set to the background of World War II. Kangana plays actress Miss Julia who is sent off for a gig to Burma by her producer and paramour Rustom Billimoria (Saif Ali Khan). Shahid Kapoor plays the role of Nawab Malik, who is appointed for Miss Julia's security. They fall in love and Rustom isn't pleased.

Promoted
Listen to the latest songs, only on JioSaavn.com
Rangoon released after a fair bit of controversy after Wadia Movietone filed a complained against Rangoon makers citing similarities between Miss Julia and actress Fearless Nadia, known for her role in 1935 film Hunterwali (produced by Wadia Movietone). The Bombay High Court granted a conditional release with a guarantee deposit of Rs 2 crore. Kangana addressed the controversy and told news agency IANS: "We can assure you that it's not based on any living or dead person."

After the release of Rangoon, Kangana will be seen in Hansal Mehta's Simran, Shahid will get busy filming Sanjay Leela Bhansali's Padmavati and Saif will work on the Hollywood adaptation of Chef.