Kangana Ranaut Says 'Rangoon's Failure Was Targeted At Her' 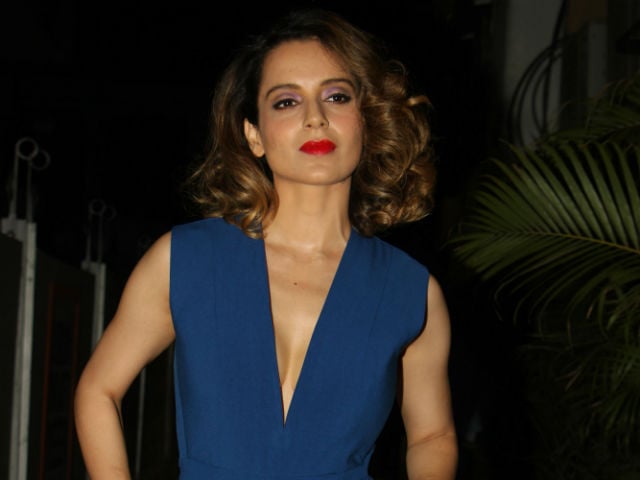 New Delhi: Actress Kangana Ranaut, who was last seen in Vishal Bhardwaj's Rangoon, says that the film's failure was targeted at her, reports mid-day. "I, for one, thought the film had all the ingredients to be a profitable business proposition. However, Rangoon' failure was heartbreaking. Before this film, every time people asked me if failure throws me back, I knew the answer was no. Well, this time around I was affected. Maybe when you are bigger and grow more, both success and failure become more of your responsibility. I felt Rangoon's failure was targeted at me," Kangana told mid-day. Rangoon, a war drama, also featured actors Shahid Kapoor and Saif Ali Khan. Despite receiving rave reviews, the film tanked at the box office.

Rangoon starred Kangana as 1940's filmstar Miss Julia. Kangana's performance was critically-acclaimed by many of her Bollywood colleagues. "Rangoon was mounted on a humongous budget and publicised around my character. When something like that doesn't fare well, you do feel like bad," the Fashion actress told mid-day.

Kangana, is now better known for introducing the nepotism debate in Bollywood. It all began when the 30-year-old actress appeared on Karan Johar's chat show Koffee With Karan 5, where she accused KJo of being a flag-bearer of nepotism.

Promoted
Listen to the latest songs, only on JioSaavn.com
However, the box office failures do not bother Kangana from being her usual self. She told mid-day, "Even when my films don't do as well, I don't stop feeling strongly about issues. But I don't use opportunities of professional hallmark to lash out at people. I will speak regardless. I notice how people start talking irrationally if your film hasn't worked."

Meanwhile, Kangana recently wrapped the shooting for her next film Simran, directed by Hansal Mehta. In June, the actress will begin filming Manikarnika, in which she plays Rani Laxmibai.