Actor Ranbir Kapoor was photographed outside a restaurant in Mumbai along with his parents Rishi Kapoor, Neetu, sister Riddhima Kapoor Sahni and his adorable five-year-old niece Samara on Wednesday night 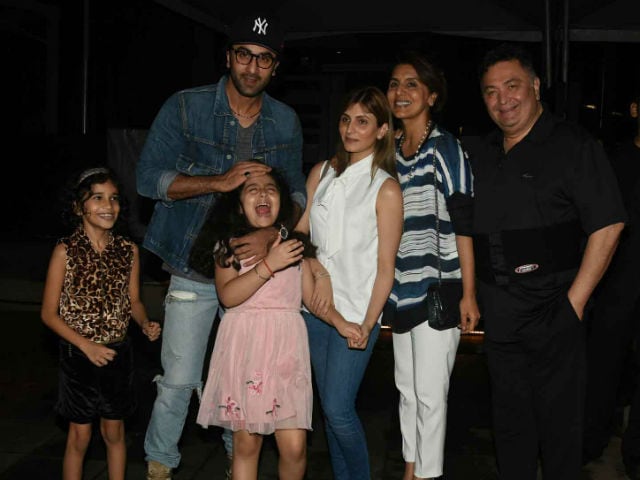 New Delhi: Actor Ranbir Kapoor was photographed outside a restaurant in Mumbai along with his parents Rishi Kapoor, Neetu, sister Riddhima Kapoor Sahni and his adorable five-year-old niece Samara on Wednesday night. The 34-year-old actor was seen dressed in a grey t-shirt paired with ripped jeans and a denim jacket. The Kapoor khandaan happily posed for the cameras post dinner. As the family got ready to pose, the Barfi actor was seen trying to cover Samara's face playfully to annoy her. With her expression, we guess he succeeded. Rishi Kapoor was seen dressed in an all-black outfit while Neetu wore a white and blue striped t-shirt paired with white pants. Riddhima looked beautiful in a white sleeveless top paired with denims.

See pictures of Ranbir Kapoor with his family here: 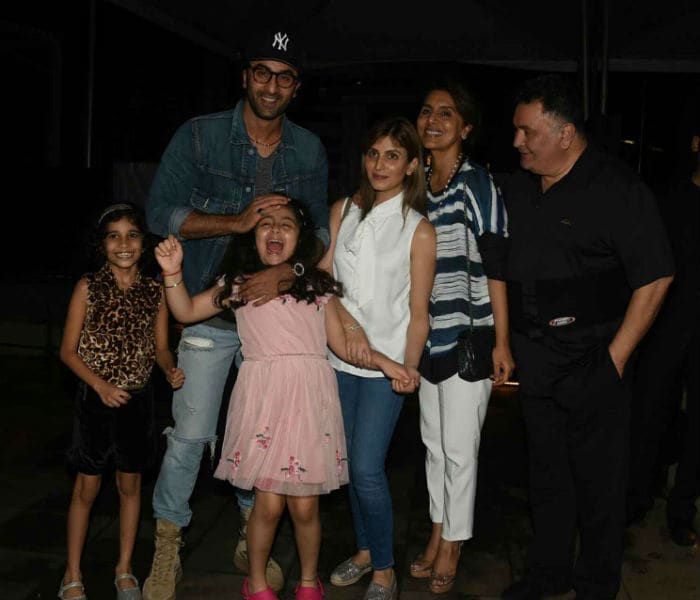 Ranbir Kapoor posed for the cameras with his family 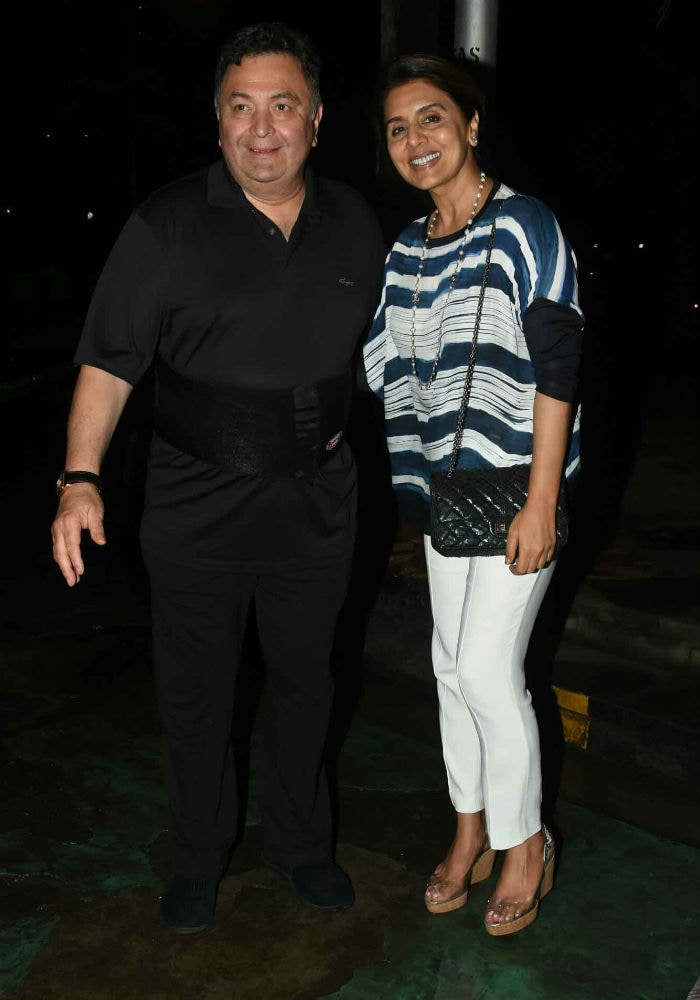 Rishi Kapoor and Neetu smiled for the cameras 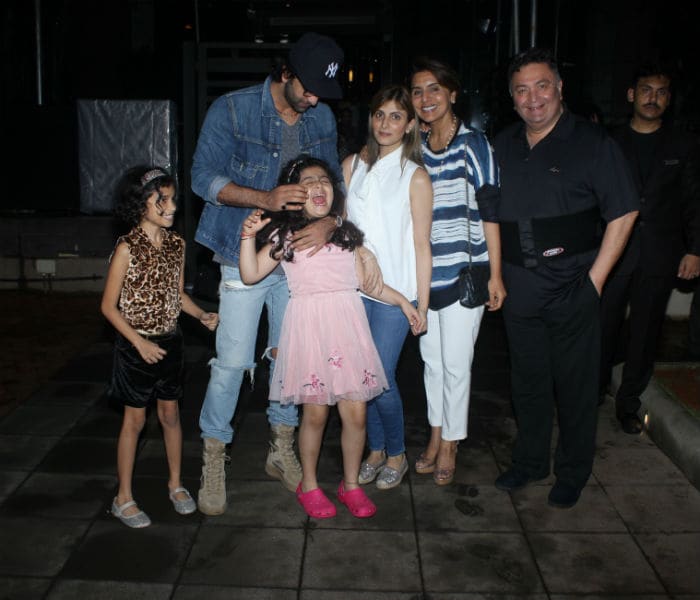 It is indeed wonderful to see the entire Kapoor family posing together considering their busy schedule.

On Wednesday, Neetu Kapoor shared a photograph of her granddaughter Samara on Instagram in which she is seen bidding adieu to Ganpati with her hands folded. The idol of Lord Ganesha was immersed in a pot of water in what appears to be the garden area of the house. Neetu captioned the image as, Sam's farewell Pranam to ganesh #savethesea #savemarinelife #homeimmersion #spreadawareness."

Promoted
Listen to the latest songs, only on JioSaavn.com
In July, Neetu Kapoor posted a video of Samara dancing to the song Galti Se Mistake from her uncle Ranbir Kapoor's film Jagga Jasoos.

On the work front, Ranbir Kapoor was last seen in Anurag Basu's Jagga Jasoos, co-starring Katrina Kaif. He is currently busy shooting for Rajkumar Hirani's yet-to-be-titled Sanjay Dutt biopic, in which he plays the title role.