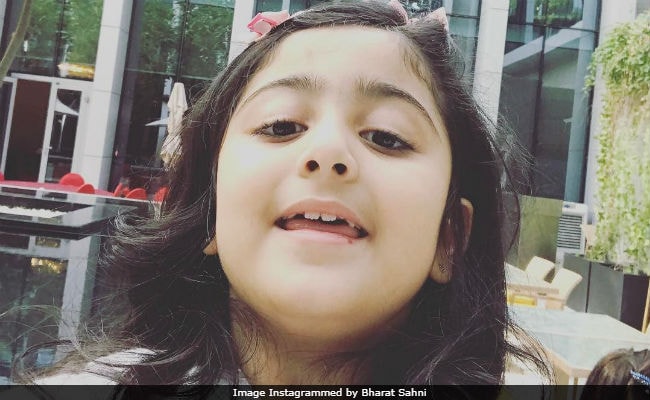 New Delhi: Ranbir Kapoor's niece Samara Sahni is all of 7-year-old but let this be known that the little girl has taken the anti-pollution campaign very seriously - the proof is Samara's video, which was posted by her father Bharat Sahni on Instagram, on Wednesday. Samara, who is currently down with a bad cold, recorded a video message and urged people to be more conscious of their environment. In the video, little Samara can be heard saying: "Hey everyone, this is my anti-pollution campaign. See, I have a bit of a cough...so, plant more trees and reduce more pollution. See you later guys. Love you a lot." Sharing Samara's video, Bharat Sahni wrote: "This time of the year when most kids are falling sick, here's a message from my 7 year old #wakeupDelhi." Samara is the daughter of Delhi-based jewellery designer Riddhima Kapoor Sahni, who is the daughter of actors Rishi and Neetu Kapoor.

My lil firecracker giving a lot of gyaan on pollution !!! #samstories #lovethiskid

Here are some other adorable videos featuring Samara Sahni:

Neetu Kapoor's Instagram handle is always filled up with cute photos and videos of Samara. She recently posted a picture, in which little Samara featured with actor-uncle Ranbir Kapoor.

Before the launch of @samfriends.in wanted to share this adorable clip where Sam complains that her mom is never happy ( no mom is as they always want the best ) love the way she ends with "I am not up for that mum "#samstories #chatterbox#loveher

Promoted
Listen to the latest songs, only on JioSaavn.com
Samara Sahni was born to Riddhima Kapoor and Bharat Sahni on March 23 in 2011. Riddhima and Bharat Sahni will celebrate their 12th wedding anniversary on January 25.