When Ranbir Kapoor And 6-Year-Old Niece Samara Are Together, Things Get Cute

Sharing a cuteness overloaded photo from inside the Kapoors' "fun night," Neetu Kapoor captioned this mama-bhanji moment as "deep thinkers." 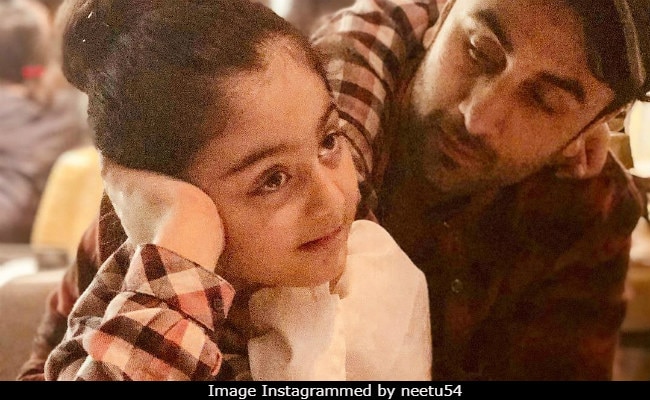 What are you two thinking, Samara and Ranbir? (courtesy neetu54)

New Delhi: Ranbir Kapoor and family got together for a dinner date on Wednesday evening and guess who stole all of the limelight? It was his six-year-old niece Samara, who was busy being adorable. The dinner party included Ranbir and her sister Riddhima Kapoor Sahani (whose daughter Samara is), and their parents Rishi and Neetu Kapoor, who gave us a glimpse of what went down inside the restaurant on her Instagram profile. Sharing a cuteness overloaded photo from inside the Kapoors' "fun night," Neetu Kapoor captioned this mama-bhanji moment as "deep thinkers." Shared earlier on Thursday, the photo has garnered some 37,580 'likes' in just four hours.

Dinner-shinner done, Ranbir was photographed escorting his parents to the car and he also had special goodbye kisses for little Samara, who just could not stop posing for the shutterbugs. She even flashed the victory sign! Can you match up to her coolness level? 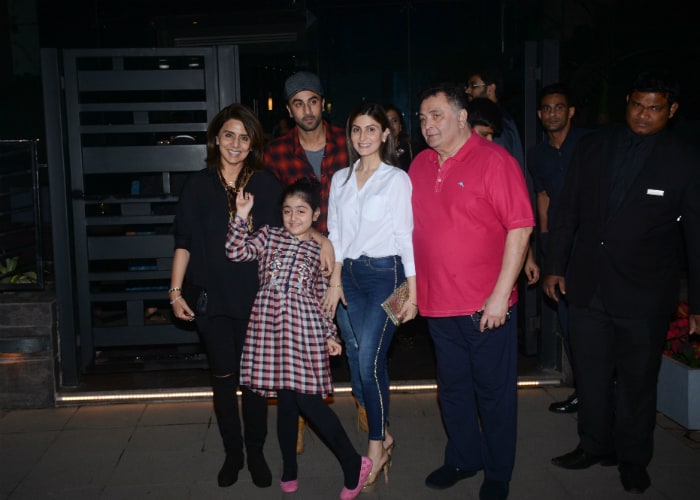 Ranbir Kapoor and Samara with family after dinner 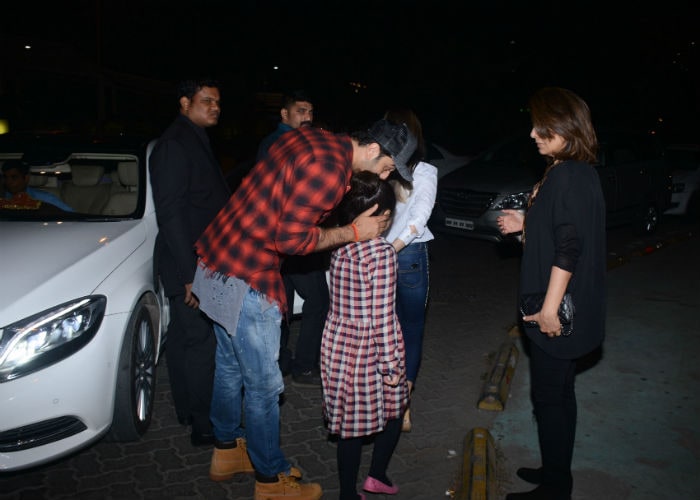 Samara gets a goodbye kiss from Ranbir Kapoor 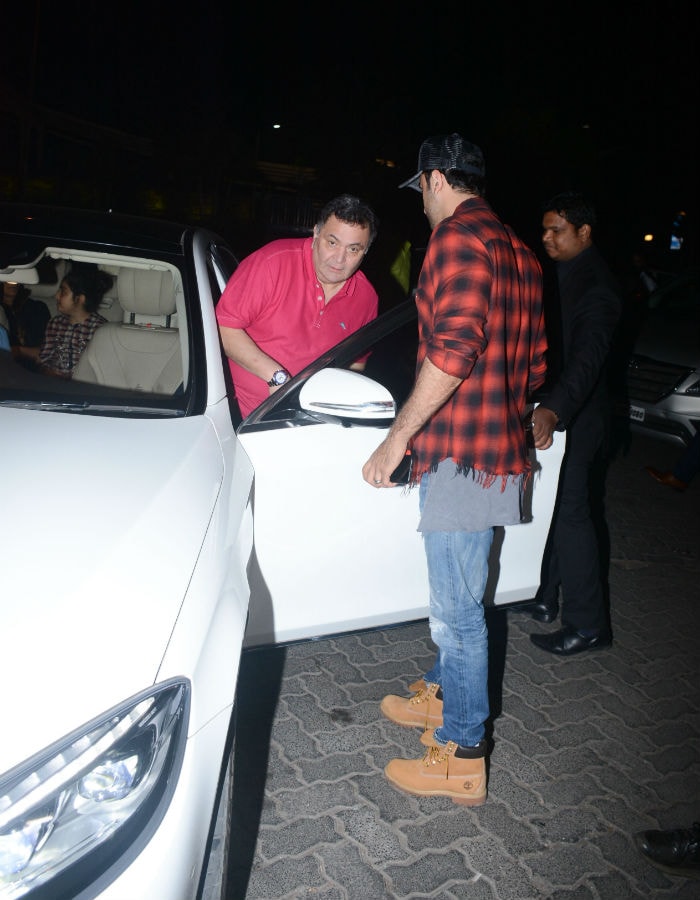 Mera chotasa storyteller!! Wat amuses me is the age the girl gets kidnapped 29 and 79 @brat.man @riddhimakapoorsahni

Promoted
Listen to the latest songs, only on JioSaavn.com
It appears, Ranbir Kapoor has his way with kids because only recently a photo of his with Taimur from the Kapoors' annual Christmas brunch went crazy viral. Taimur is Kareena Kapoor and Saif Ali Khan's first child, who celebrated his first birthday in December. Taimur was the "star of the Christmas lunch," said Neetu Kapoor.

The star of the Christmas lunch

On the work front, Ranbir Kapoor is currently busy with the Sanjay Dutt biopic and has also begun work on Ayan Mukerji's Brahmastra, in which he co-stars with Alia Bhatt and for which he recently travelled to Israel.
Comments
ranbir kapoorsamara