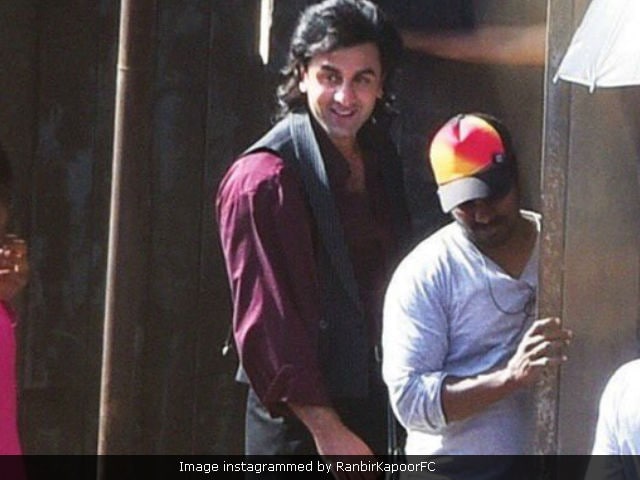 New Delhi: Actor Ranbir Kapoor, who is currently filming Sanjay Dutt biopic, said that more than half of the movie is complete, reports news agency IANS. "As you can see, I'm in the look of Sanjay Dutt and the movie is 60 per cent complete and soon it will get over," said the actor. Ranbir, who plays Sanjay Dutt in the Rajkumar Hirani-directed film, will be seen in three different looks. He has gained more than 13 kgs of weight to resemble Sanjay Dutt. Of his preparations for the role, Ranbir earlier told IANS, "I have never put on so much weight before and now plan to reduce some weight for the next phase of shooting." In February, it was reported that Ranbir would stay in Bhopal Jail to prep for a sequence which shows Sanjay Dutt life in Pune's Yerwada Jail.

Vicky Kaushal, who plays Ranbir's close friend in the biopic lauded the actor's efforts and said that he has worked very hard for the film. "When the audience will see the film, they will be extremely surprised to see Ranbir in Sanjay Dutt's character. He has been working hard for the film and he is getting into the skin of the character," IANS quoted the Masaan actor as saying.

The biopic focusses on Sanjay Dutt's rise to stardom after his debut film Rocky (1981) and his conviction and imprisonment for possession of illegal arms. Sanjay Dutt completed his jail term last year in February.