Ranbir Kapoor said: "It has never happened that a person played himself in his own biopic" 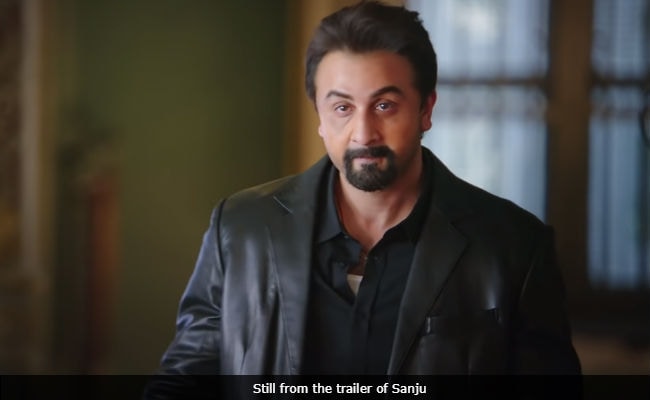 New Delhi: Remember when Salman Khan said that Sanjay Dutt should have played himself in the last portions of upcoming film Sanju? Well, Ranbir Kapoor, who plays Sanjay Dutt (aged 20 to present day), has a different opinion. Speaking at a recent event, Ranbir Kapoor said that an actor playing himself/herself in a biopic "destroys the effect of a character," reports Times Now. Ranbir Kapoor said: "It has never happened that a person played himself in his own biopic. This destroys the effect of a character. I knew that I will be compared to Sanjay Dutt and that is why I have tried my best to do justice to his role. Whether people see me in 40-year-old Sanjay Dutt's avatar or 20-year-old, they should feel that they are watching an artiste who is playing Sanjay Dutt. It is correct that I cannot become a second Sanjay Dutt," he was quoted as saying.

Earlier this month, during a group interview to promote his film Race 3, Salman Khan had said: "For Sanju, I was thinking why is somebody else playing this bit? The last 8-10 years. You cannot do justice to that. Sanju should have played the last bit," reported news agency PTI.

The trailer of Sanju released last month and it went crazy viral. In some scenes, Ranbir resembled Sanjay Dutt to the T. Several Bollywood celebs and members of the Dutt family, including Sanjay Dutt praised Ranbir for the hard-work he put in for the Rajkumar Hirani-directed film. Sanjay Dutt recently told ETimes: "He (Ranbir Kapoor) is doing a fantastic job. Whatever I have seen on the sets of the movie, it is really great." Last month, Sanjay Dutt's sister Priya Dutt told mid-day that no one could copy Sanjay Dutt style 100 per cent but she "loved the way Ranbir has portrayed him."

Watch the trailer of Sanju:

Promoted
Listen to the latest songs, only on JioSaavn.com
Sanju maps Sanjay Dutt's journey from his early days in Bollywood to the present day encompassing his phase of drug addiction and his involvement in the 1993 Bombay Blast Case.