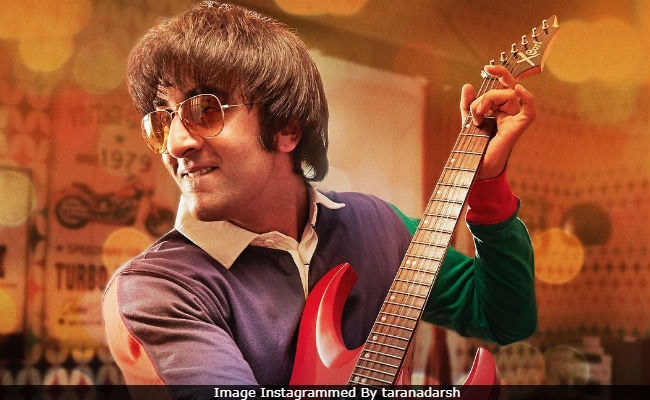 Ranbir Kapoor's film Sanju has broken another major box office record and this time, it's of Baahubali: The Conclusion, which is one of the highest-grossing films till now. Trade analyst Taran Adarsh this morning tweeted that Sanju has 'crossed the lifetime business' of Baahubali 2 in Australia and is now the third highest-grossing film in the country. (Whoa). The list is headlined by Deepika Padukone's "Padmaavat," followed by Aamir Khan's Dangal. One of Aamir's other film PK is also a part of it. "This is MASSIVE... Sanju crosses lifetime business of Baahubali 2 (Hindi) in Australia. Now, third-highest grossing Hindi film," Mr Adarsh wrote.

Sanju had easily crossed Rs 200 crore-mark in its first week and then added a little above Rs 90 crore in the second week. Even after a month of its release, Sanju appears to attract the cine-goers, despite release of films like Dhadak, Fanney Khan, Mulk and Karwaan.

After the success of the film in India, Sanju is looking forward for a release in China. "Many distributors in China have reached out to us. They have watched the film and there is a lot of interest in releasing it in the country," Vijay Singh, CEO, Fox Star Studios told news agency PTI