Sanju: Sanjay Dutt Has 'No Advice For Ranbir Kapoor', Who Is Doing 'A Fantastic Job'

"I just wish him all the best and I am looking forward to watch the movie," said Sanjay Dutt 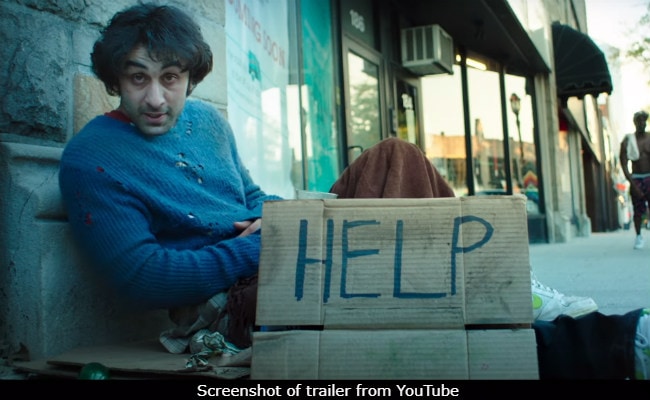 New Delhi: We have seen and admired Ranbir Kapoor as Sanjay Dutt in the Sanju trailer and songs, and it appears, so has the 58-year-old actor. Days after the trailer of Sanju sent the Internet into a meltdown with Ranbir's brilliant performance as Mr Dutt, Sanjay Dutt has something to say about Ranbir portraying his character on screen. In an interview with ETimes, Sanjay Dutt said Ranbir doesn't need to be advised because he's doing a great job already. "There is no advice for Ranbir Kapoor. He is doing a fantastic job. Whatever I have seen on the sets of the movie, it is really great." Mr Dutt also sent his best wishes to Ranbir and told ETimes: "I just wish him all the best and I am looking forward to watch the movie."

After the trailer released, the Internet waited for a response from Sanjay Dutt but a stony silence was maintained on his social media accounts, when his colleague Salman Khan had something to say about the film's cast. According to Salman, Sanjay Dutt should have played the later years of his life in the film. This is what quoted him saying at a media interaction: "For Sanju, I was thinking why is somebody else playing this bit? The last 8-10 years. You cannot do justice to that. Sanju should have played the last bit."

Almost a year ago, when the Sanjay Dutt biopic had begun generating interest about the film, Ranbir had told PTI about Mr Dutt's approval to bring alive his controversial life on screen and that there's been no hypocrisy about keeping the protagonist true to the real life character. "He hasn't been a hypocrite about it. So it's not a propaganda film trying to portray him as God or something. We are trying to show a very human side of Sanjay Dutt, his perils, his downfall, his will to fight, his time in jail, terrorism charges, his drug phase, how he handled his mother's death two days before the release of his debut film, his relationship with his father. These were human conflicts in his life," PTI quoted Ranbir as saying.