Ranbir, Alia Marriage: This has been done to avoid security breaches 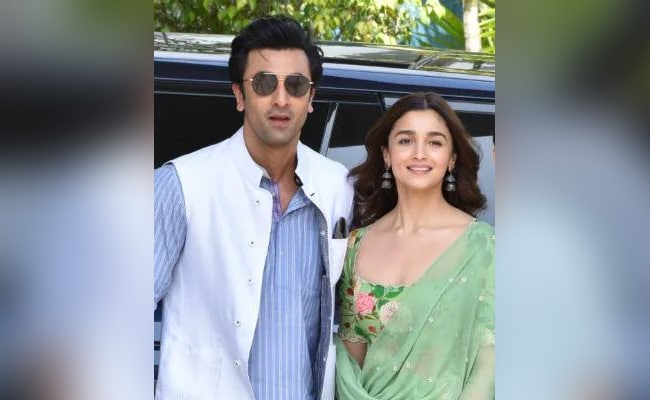 Ranbir Kapoor and Alia Bhatt in a throwback picture.

Alia Bhatt and Ranbir Kapoor will reportedly have a wedding that will be both grand and hush-hush at the same time. A recent India Today report stated that the star couple, reported to get married this week, will have a special provision for entry at the intimate wedding. The report stated that wedding planners have issued special wristbands to all their team members. "Only those wearing the orange bands with special tags will get access to the wedding premises. No one else will be allowed inside the building or given entry to the wedding banquet hall in Vaastu where the wedding is slated to take place," stated the India Today report.

The move has been designed to avoid security breaches and to ensure there is no leak of photos and videos. The star couple's festivities will reportedly begin with a mehendi ceremony on April 13, followed by the wedding. It is also being reported that the star couple will host two grand wedding reception parties for their industry friends on April 16 and 17. The venue is Taj Colaba.

Speaking of security, on Monday, the wedding venue Vastu was covered up with curtains in order avoid paparazzi's presence. Here's a video:

Alia Bhatt and Ranbir Kapoor, co-stars of Brahmastra, found love on the sets of the film that is being directed by Ayan Mukerji and produced by Karan Johar. The film's stellar cast also includes Amitabh Bachchan, Nagarjuna, Dimple Kapadia and Mouni Roy. The film is slated to release in September this year.