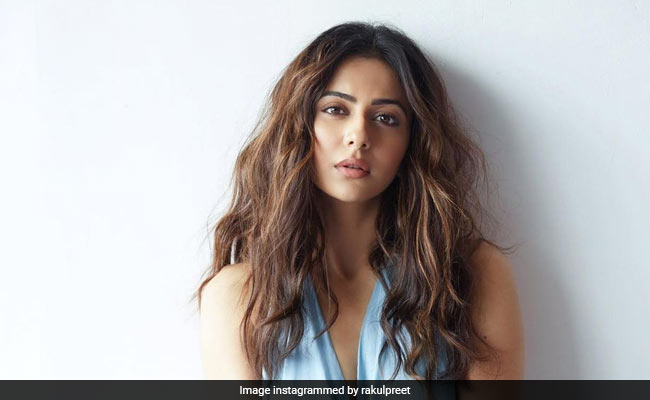 Actress Rakul Preet Singh shared an update on her health on Tuesday afternoon and revealed that she has now tested negative for COVID-19. The actress, who had contracted the virus last week, added that she is "feeling absolutely fine now." She tweeted: "Happy to share that I have tested negative for COVID-19. I am feeling absolutely fine. Thank you for all your wishes and love. Can't wait to start 2021 with good health and positivity." She signed off her tweet by asking her fans to adhere to safety precautions and wrote: "PS_ Let's be responsible, wear masks and take all precautions." She added, "Thank you for the love."

Thankyou for all the love pic.twitter.com/XwhHtMubKf

Last week, Rakul Preet announced that she had contracted the virus and wrote: "I'd like to inform everyone that I have tested positive for COVID-19. I have quarantined myself. I am feeling fine and will rest up well so that I can be back at shoot soon. Request everyone who met me to kindly get yourself tested. Thank you and please stay safe."

Rakul Preet Singh, a former model, made her Bollywood debut with Divya Khosla Kumar's Yaariyan in 2014. She also starred in Neeraj Pandey's Aiyaari, co-starring Sidharth Malhotra. Rakul Preet also featured in De De Pyaar De, with Ajay Devgn and Tabu. She was also a part of Marjaavaan, alongside Sidharth Malhotra and Tara Sutaria. Besides Bollywood, the actress has also starred in Kannada, Telugu and Tamil films.