Rajkummar Rao To Marry Patralekhaa In Chandigarh On This Date 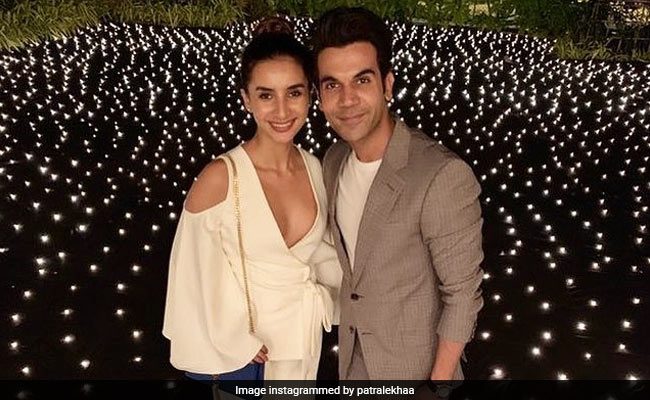 Rajkummar Rao and his long-time girlfriend, actress Patralekhaa, will reportedly get married in an intimate ceremony in Chandigarh today. According to a report in ETimes, the couple will have a very close-knit wedding ceremony with only selected guests from film industry. "It is going to be a very close affair for Rajkummar Rao, 37, and Patralekhaa, 32. They have invited only select guests from the film industry," a source was quoted as saying by ETimes on Tuesday. The source added that Patralekhaa's family has already arrived at the wedding venue in Chandigarh while Rajkummar's family will join them soon. "Rajkummar and Patralekhaa wanted to keep the wedding small and private due to Covid concerns. That's why they have a limited guest list and have opted for Chandigarh," added the source, reported ETimes.

Rajkummar Rao and Patralekhaa, who have been together for a long time, have not made any sorts of announcement about their rumoured wedding yet. A couple of days ago, ETimes claimed that the couple will get married between November 11-13 in a low-key affair.

Rajkummar and Patralekhaa's love story is like a fairy tale - he saw her for the first time in an advertisement and wished about meeting her in real life. A month later, he met her and soon enough, they fell in love with each other. They have been in a relationship for over seven years now.

Patralekhaa made her debut in Bollywood opposite Rajkummar Rao in CityLights in 2014. By this time, Rajkummar had starred in critically-acclaimed films like Kai Po Che!, Shahid, Omerta, Aligarh and Love Sonia.