Rajkummar Rao: Immersed Myself In Work To Cope With Parents' Loss

Rajkummar Rao said, "Work was the only way I could keep myself out of it." 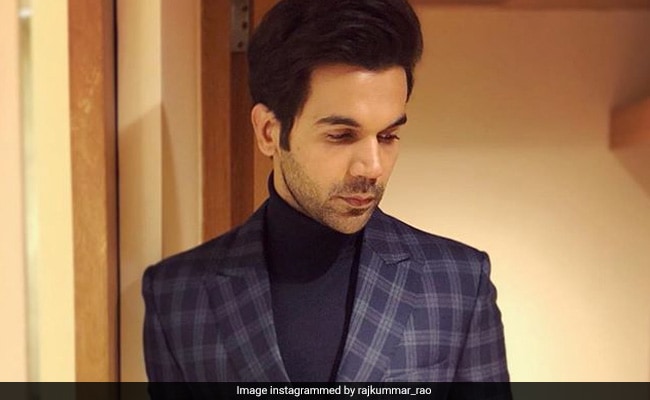 Actor Rajkummar Rao revealed that to cope with the loss of his parents, he immersed himself in work, in an episode of Zoom TV show By Invite Only, reports news agency IANS. Rajkummar Rao's father Satyapal Yadav died in September this year while his mother died while he was shooting for 2017 film Newton. "Work was the only way I could keep myself out of it. I am glad I could show Made In China trailer to my dad when he was in the hospital... Me being an actor gave them the most amount of happiness. I know they would've told me that work is important and 'go and finish your work'," Rajkummar Rao told IANS.

"My father taught me honesty. He was the most honest government official I have ever seen. He was at a post where could have made so much of money. He stuck to his honesty." Rajkummar Rao was last seen in Judgementall Hai Kya, which was critically-acclaimed but it crashed at the box office.

On the show, Rajkummar was asked if he broke into Judgementall Hai Kya co-star Kangana Ranaut's bedroom what would he find, to which he replied: "If I broke into Kangana's bedroom, I would find the script for Queen 2 hidden away." They also co-starred in critically-acclaimed Queen.

Meanwhile, Rajkummar Rao has plenty of projects in the pipeline starting with Made in China, co-starring Mouni Roy. He will also be seen in Hansal Mehta's Turram Khan and then in RoohiAfza with Janhvi Kapoor.