On YouTube, Kaala teaser had over 1.6 million views on Friday morning and by afternoon, it effortlessly garnered as many as 5 million views 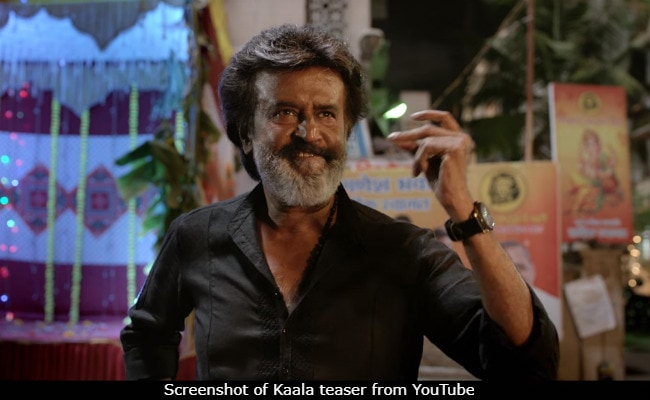 New Delhi: "Kaala... kaisa naam hai re?" - that's how starts the much awaited teaser of Rajinikanth's gangster drama Kaala. If Nana Patekar dares to ask that question, then he must also know that Rajinikanth aka Kaala will respond in style. And, he does. "Kaala means black. One who protects the world early in the morning by fighting," echoes the mob boss' voice. In a delightful surprise, the Kaala teaser was dropped hours before its scheduled release time. At midnight, Rajinikanth's son-in-law Dhanush, whose Wunderbar Studios is producing the movie, dropped it on social media and '#KaalaTeaser' has been topping Twitter trends since then.

On YouTube, Kaala teaser had over 1.6 million views on Friday morning and by afternoon, it effortlessly garnered as many as 5 million views. Needless to say that it is also one of the most trending ones on the video streaming site. In doing so, Kaala teaser is said to have broken the record set by the teaser of Rajinikanth's 2016 blockbuster Kabali.

Throughout the teaser, Rajinikanth aka Kaala can only be seen sporting black. What also really makes the short video interesting is that it appears to be a montage of the various moods of the gangster lord - the Thalaivar features in intense fight sequences while he can also be seen sharing a light moment with the members of his clan. And of course, one cannot miss Rajinikanth's signature dialogues. Here's one, with which he wraps the teaser: "You haven't seen this Karikaalan at his rowdiest best. You'd see."

Dare to mess with Kaala?

Apart from Kaala, Rajinikanth will also be seen in the much awaited 2.0, which is a sequel to his 2010 hit Enthiran and it also stars Bollywood actor Akshay Kumar as villain opposite Rajinikanth.